In preparation for the April 7 reissue of the remastered Dukes of Stratosphear records, Andy Partridge is retroactively recording what he has described as “sketches” of the demos that were recorded in preparation of the legendary XTC offshoot band’s recordings.

“Considering that most of the Dukes demos have already been released as part of my Fuzzy Warbles series,” said Partridge, “and to give ‘Stratosphans’ their full due of bonus goodies, I’ve been recording impressions of what would have been my original ‘sketches’ for the Dukes’ demos.” 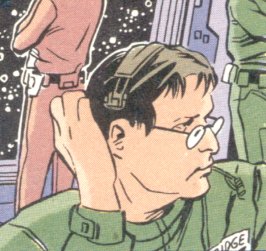 Partridge explained that he had “satchels” of cassette tapes containing bits and pieces of riffs that would be developed into full Dukes songs and then demoed for his bandmates. “Ah,” recalled Partridge, “in my mind’s eye I can still see the C-60 onto which I’d first played the riff that would make up ‘My Love Explodes’!”

Partridge is planning to include some of these re-recorded song sketches with the reissued Dukes records. “I’m looking into the feasibility of releasing the rest,” said our fearless archivist before hanging up, “as part of a series of 180-gram vinyl 10-inch eps!”