This is an excellent opportunity for me to restate that I believe the Charlie Watts Hoax is a Hoax! Put aside Jimmy Miller’s drumming on a few tracksssss on Let it Bleed and Exile. It plainly doesn’t matter if he was out to lunch during the Undercover-Dirty Work era. During the truly crucial years of the Rolling Stones (1964-1981, let’s say), Charlie Watts played drums on probably 98% of their recordings. PROVE ME WRONG!

Previously, we discussed which band reduced rock ‘n’ roll to its cliched essence. Now, I ask you to confirm to me that the above song represents “classic rock” at its most depressingly pro forma. It starts out sorta “mellow” and reflective before transitioning to a “rockin'” outro. (A reverse-“Layla”?) A perfect simulacrum of passion, good times, summer vibes, etc. with as little thought given to the lyrics as humanly possible. But then I think of some hesher tooling around in his Trans Am rocking out to this, and I can’t help but smile. Even if I’m fairly sure that scenario simply never happens anymore

The backstory is not without interest. 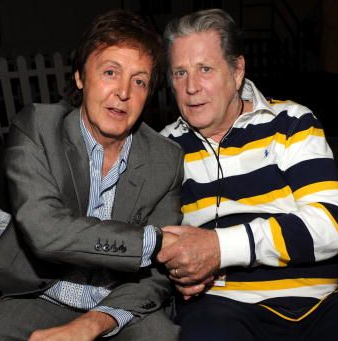 I don’t mean to be tasteless, but I think this is a really bad idea and, at the risk of sounding too idealist, kind of the death-knell for indie-rock values. A Coachella cruise sounds like a bit Scharpling and Wurster would come up with to parody the increasingly moneyed alternative music scene. Said bit would definitely culminate with some hilariously gruesome denouement. Hence my headline and photo.

And check out some of those prices. I am no Fugazi-style punk-rock purist, to be sure. But this is definitely a step too far in the other direction.

Adding salt to my wounds, one of my favorite bands Pulp — a group that once championed the underdogs, the terminally uncool and underemployed — are headlining. Criminy!

I feel complicit in all this. I too am sometimes easily swayed by nostalgia, by the lure of this or that reunited band. I don’t spend as much time or money as I should on new music. (I’m better than some, not as good as others, in that regard.) I can’t help but wonder if I helped force the music world’s hand. Nobody buys music or goes to shows, so bands are forced to sign up for gimmicks like this.

But on the other hand, I’m really loving the new King Tuff album right now, so thankfully there’s usually someone scrappy and enthusiastic out there to talk me off the ledge and remind me of good things rock music can do.