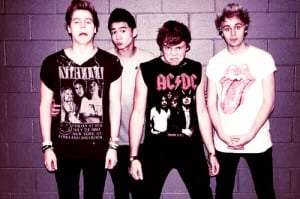 5 Seconds of Summer wear their influences on their chests?

I was reading an article about 5 Seconds of Summer (it told me that they are boy band who are basically One Direction’s Australian buddies), and it got me to thinking: do even musicians like the guys in One Direction and 5 Seconds of Summer listen to fairly sophisticated music themselves? I figure they must listen to more stuff than random people who listen to them – when their lives are spent being involved in the music business, I find it a little implausible that they only listen to stuff in the top 40. But at the same time, I’d be surprised if one of the guys in One Direction started talking about his love for Can and Berlin-era David Bowie. So where in between do the rest of you think this lies (I mean, I’d assume it varies a lot by person, but still)? Or am I just totally off?

One closing thought to these ramblings: As “indie” becomes more and more popular, especially poppier acts like HAIM and CHVRCHES, I’d bet there’s a lot of overlap between what some (younger generally?) indie rock/indie pop fans listen to and what mainstream pop musicians listen to. But I really have no idea. 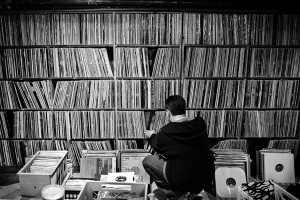 If you could only listen to 10 albums for the rest of your life/were stranded on a desert island with 10 albums of your choosing, what would they be? To me, this is a different question from “favorite albums,” because I’d try for more variation on this list. Compilations generally don’t count, but they could in some cases.