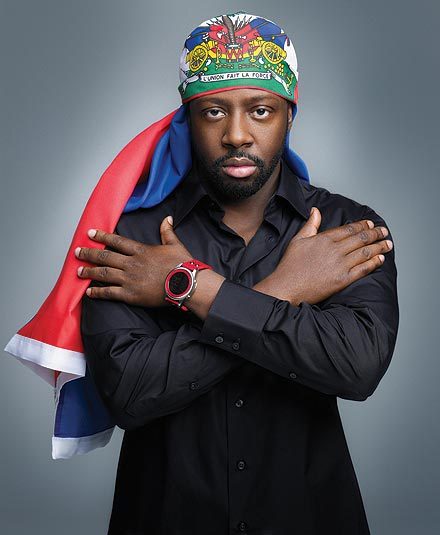 Recently, Townsmen were invited to reflect on the following:

Will somebody please explain how and why washed-up rapper Wyclef Jean manages to show up at gigs like this? I have been flummoxed by his red carpet magnetism for years now. I just don’t get it.

And I have to say that I hadn’t given Wyclef Jean much thought up until then. Or after.

Until today, when this headline leapt at me from the pages of the Guardian:

Wyclef Jean confirms he will run for Haiti president

Wyclef Jean, the Haitian-born rap star who became one of the world’s most popular hip-hop artists, has told the Guardian that he will run for president of Haiti in the country’s November elections.

Somebody much wiser than me observed that greatest hits albums are like political careers: each tends to end in failure.

But clearly the guy has pull. Or thinks he does. Have any former – or practicing – musicians ever had a successful career in politics?

21 Responses to “Did somebody speak too soon?”