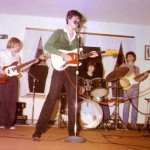 48 Responses to “Hero or Villain?”