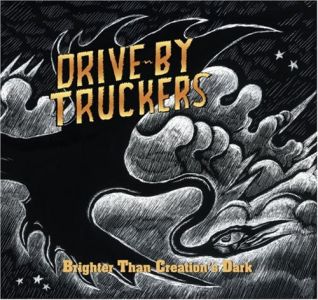 I dodged a bullet recently after having applied some of my tough love to the latest platter from The Raconteurs. Maybe you heard. A handful of Jack White’s biggest fans jumped me in a cubicle, took a red pencil to my draft – marking Roman at each instance of boldfaced text. “It’s my editor’s idea of a parody of a gossip column!” I pleaded, but that wouldn’t stop them. They called me names then shoved their iPods in my face, making me recite all the happening artists’ names as they scrolled down their menus. One guy even had the nerve to gun for my job! Damn college kid! I began to regret having spent so much of my Raconteurs review citing obscure bands like Boston and Foreigner. “Shoot,” I thought to myself, “is it hipster pride that makes me look beyond the obvious and informative Terry Reid reference I could have made while expressing my thoughts on ‘Rich Kid Blues’?”

Instead of harping on the difficulties of that experience, I decided to take away the one clear positive from the Phawker Mailbag: My readers care, my readers really care! A lot of responsibility comes with being a rock critic. One of my reviews could sink the career of an established, multimedia artist. One of my reviews could change the course of a college kid’s illegal downloading habits. And with that responsibility, I realized, comes a high ceiling of growth. If I get really good at this reviewing job, I might be able to work my way up to reviewing Pearl Jam‘s next concert tour. I might even land my dream job of writing a regular television or blog review column for a major metropolitan newspaper–or a glossy, weekly entertainment mag!

It’s with this new perspective, that I pledge to write a more fair-balanced and intellectual review of the latest CD from gutsy, often ironic roots rockers Drive-By Truckers, entitled Brighter Than Creation’s Dark. Recorded during and after the band’s acoustic Dirt Underneath Tour, the album is said to feature a more stripped down, country-based sound not heard since their sophomore release, Pizza Deliverance. Following twists and turns the band has been through since the release of the ambitious, breakthrough, double-album Southern Rock opera, The Southern Rock Opera–a virtual rock ‘n roll Vicksburg Campaign–it’s only right that the band would seek shelter in the values of their Muscle Shoals forefathers. Let’s have a listen!

“Two Daughters and a Beautiful Wife”: The plaintive harmonies of singers Patterson Hood (???) and Shonna Tucker reflect on domestic bliss in this stately banjo and brushed snare shuffle. Buccolic piano chords and pedal steel guitar give the effect of cotton sheets billowing on the line out back.

“Dimes Down”: The band kicks into a driving, barrelhouse rant (“Rock ‘n roll never forgets,” sings Hood, I presume, without liner notes in hand), led by sneering vocals, bluesy slide guitar fills, and a piano-fortified fadeout that hints at the rebel spirit beneath the peaceful images of home and family. This track continues the line drawn from the Stones to Skynyrd.

“The Righteous Path”: The South has long been a hotbed of American contradictions, and this song details the struggles of driving home to dinner with the wife and kids at 80 mph with a worn-out map while packing a shotgun and a case of beer, all the while trying to stay on the righteous path. Singing in a higher register, Hood (or is it Mike Cooley?) calls to mind North American troubadors like Woody Guthrie, Bob Dylan, and Neil Young as much as Southern power pop icon Alex Chilton. This track makes me question my Yankee reliance on a GPS.

“I’m Sorry Huston”: Traditionally, Southern Rock has not been as hospitable to women singers as the region’s country counterparts, but Drive-By Truckers have been redefining Southern rock since their inception. Tucker makes the most of her lead turn at the mic on this mournful number, highlighted by knotty guitar fills. This seamless, timeless performance bears witness to the act of rebirth along the riverbanks.

“Daddy Needs a Drink”: The best bands know that the spaces left between the notes often speak louder than anything else. Judging by the title, one might have expected a raucous bar-band anthem. Instead, with a kick-and-snare beat that leaves space the length of a pockmarked roadhouse bar, the band delivers a heart breaker of boilermaker proportions. Is that Spooner Oldham on Fender Rhodes?

“Self Destructive Zones”: The song titles alone would make one think this album is a Southern Rock self-help guide, but the band’s attention to detail and acceptance of the human condition (“Caught between a generation dying from its habits and another thinking rock ‘n roll is new”) places the songs in the here and now. This isn’t rock ‘n roll for self-analysis but, rather, for slugging back that last drop, barely stopping to reflect or analyze the day that was.

“Bob”: One of the gifts of Drive-By Truckers is the way they can place a sophomoric couplet like “Bob ain’t light in the loafers/He might kneel but he never bends over” in the context of a respectful character study. Most bands would drive this cheap joke to the bank, but R-E-S-P-E-C-T means a lot to this band, and the respect they have for their songs’ characters helps to mend the fabric of a frayed Southern dream.

“Home Field Advantage”: Storm clouds gather at the beginning of this track, yet the band does not veer from the spacious, natural production that marks this album. The wisdom and confidence of the band cannot be manufactured, only documented. Think of The Jayhawks‘ best work topped off with the patina of The Band.

“Opening Act”: The lyricism of this track, the way the pedal steel sets up the chorus, is wholly unexpected yet appropriate. Every time I expect the lyrical aspects of the arrangement to turn saccharine (there is a little hint of “Afternoon Delight” in the melody and arrangement), the band stays the course. These cats are deep.

“Lisa’s Birthday”: Another strong, silent type country shuffle. Drive-By Truckers give you The Real Thing, nothing “alt” about their performances, nothing “meta.” In an election year marked by change, it’s refreshing to hear a band that will never ask to clarify what it is that is meant by “is.”

“That Man I Shot”: The first traces of Crazy Horse have appeared on this album. Relentlessly, rough harmonies and a firestorm of orchestrated guitar leads stretch out as if in defense of Kennesaw Mountain. Sherman would be denied.

“The Purgatory Line”: Heaven and hell. Good and evil. Death or glory. These dichotomies are left to artists with broader reach. When Springsteen wants to tap into the mystic, he pulls out a bag of tricks not unlike those used in the song’s arrangement. But where these are the tools of a tent revival preacher in the hands of The Boss, they are sacred scrolls in the hands of the Truckers.

“The Homefront”: Again, listen to the role space plays in this production. Any producer can tell you that the simplest of vibration patterns will set off a chain of complex, previously unimagined reflections. Confronted with these reflections, the body of the listener finds itself reimagining a room furnished in the intimacy of the vernacular.

“Checkout Time in Vegas”: Let’s cut the crap, shall we? Have those of you who expected me to be as insightful and fair balanced as Phawker mailbag stuffer Dylan suffered enough? I’m not a Southern man and I’m typically not a fan of Southern bands, faux Southern bands, and even Southern cooking. The mythology surrounding the whiskey drinking man’s man was never my bag. When I drank whiskey it was only because I couldn’t score a bag of pot. On this record, Drive-By Truckers transcend the shadows of their worn-down forefathers and well-intentioned-yet-over-educated acolytes. The production of this album truly does serve a band caught writing and playing songs in a way that lacks the bane of almost any type of rock ‘n roll made 50-some years after the genre’s birth: self-consciousness. The earlier albums I’ve heard by this band are strong enough and have their moments, but they’re not as lacking in self-consciousness. They’re not approaching the seamless, timeless Americana sound that’s rarely been captured in rock since a run of late-60s albums. Now let me wrap up this album in my own fucking voice, all right?

“You and Your Crystal Meth”: This song starts of with the album’s first production mis-step: the trailing echo at the end of each line of singing, best known in Pink Floyd’s “Us and Them”. Here I am touting this double album of country rock, even before I broke character, and they dump this “Side 4 filler” on me. At least it was short.

“Goode’s Field Road”: Back to the use of natural-sounding, spacious rhythms. This is the kind of stuff that’s made Ry Cooder a legend among critics and rock snobs. Cooder, Jim Keltner, and Nick Lowe – those three even made tight-ass John Hiatt sound good on that Bring the Family album. Remember that one? Anyhow, is this song going anywhere, or is this more of the “Side 4 Blues?” All, the guitar and electric piano interplay is picking up and making this groove worthwhile again. (I keep thinking I should pick up a David Lindley album someday. Any one in particular you might suggest?)

“A Ghost to Most”: I love the way this band mixes in piano, what sounds like real piano. The piano player rarely pulls off a fancy run or even a “barrelhouse” or “tack” piano part, like those pounding away on ’50s songs and British Invasion bands featuring Nicky Hopkins or Ian Stewart. The Truckers use the piano as a stately bridge in their rhythm section. It’s a lost art, the way the piano was used in some Derek and the Dominos songs. More stately piano!

“The Monument Valley”: Listen to how honestly the lead vocals are produced on this track. Listen to how honestly the singer expresses himself through his instrument. There are some inflections typical of Southern Rock and country singing of bygone eras, but he avoids sounding like he’s pouring it on, like he’s playing a part. Same goes for the musicians behind him. Every now and then the guitar almost hits a bum note, for instance. Almost. But the command and commitment he puts into his playing save the day.