Anonymous! You read that right: Anonymous. 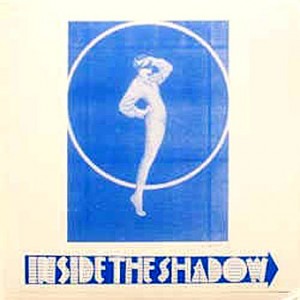 The graphic coup de grâce of the worst marketing plan in the history of rock?

That’s right, our Mystery Date was the song “Pick Up and Run,” by Anonymous, from their 1975 album Inside the Shadow, their one and only album. Anonymous was a short-lived band from Indianapolis, Indiana led by Indianapolis native Ron Matelic, whose career stretched back to some successful local garage bands and would continue a few years after Anonymous with J. Rider, a band involving some other members of Anonymous and named after the following song from Inside the Shadow.

I’ve played this album in the background, while working, every month or so for the last couple of years, since it was given to me by Townsman pudman13, a pretty low-key contributor to the Halls of Rock whose obscuro-rock powers run deep. I hope he’ll tell us more about this band, but there’s a pretty cool interview with Matelic here, which explains a lot about the band’s sound, including the fact that Matelic and bandmate Jon Medvescek had a Mahavishnu Orchestra-type fusion band in the works prior to the formation of Anonymous. (At least one of our Townspeople heard traces of prog-rock in the band’s West Coast sound.) The band’s bassist, Glenn Weaver, was the driving force in turning Matelic onto Fleetwood Mac and the Buckingham/Nicks album, the main post-’60s strain of music Townspeople tuned into. And how ’bout singer Marsha Rollings? This ensemble goes down easy on my sensitive ears. I’m sure the following statement will horrify front-line folk-blues rockers like Townsmen geo, mwall, and dr john, but I appreciate this chance to hear The Jefferson Airplane without all the freaky caterwauling.

Anonymous, “Up to You”

Along with hearing from pudman13, I hope BigSteve and misterioso explain to us how they got to be so smart. Thanks.