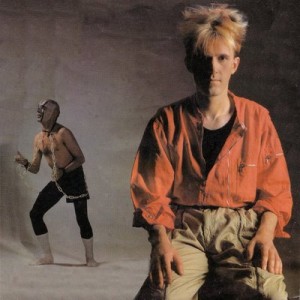 Despite opening the landmark decisions of Once and For All February to The People, one particular Townsperson has made such a strong case for settling a topic that we are compelled to suspend the RTH Poll on that topic and be done with any further debates on the matter—once and for all!

That’s right, thanks to a write-in nomination by Townsman cherguevarra, Rock Town Hall has determined—once and for all—the Least-Essential Sidekick of ’80s Rock.

Congratulations, Jed Hoile, better known as the mime who initially served as the sidekick for Howard Jones.

The Townspeople have spoken. Let this be the end of all debates on this subject.

6 Responses to “Once and For All: Jed Hoile Named Least-Essential Sidekick of ’80s Rock”