It’s showtime! Round 2 of the Nuggets Divisional Series (NDS) gets underway with a SHOWDOWN between the winners of albums sides 1 vs 4.

The Electric Prunes’ “I Had Too Much to Dream Last” night lived up to its top-seed status by outlasting a tough Side 1 field that included The Standells’ “Dirty Water,” The Knickerbockers’ “Lies,” and The Strangeloves’ “Night Time.” This stomping psychedelic classic, in my opinion, outdid the mighty Rolling Stones in that legendary band’s efforts at recording a “turned on” classic.

The Prunes’ scene-setting album opener will go up against The Nazz’ “Open My Eyes,” which jumped to an early lead against the compilation’s least-gripping songs and easily outdistanced a late challenge from The Premiers’ “Farmer John.”

Efforts to reach “Open My Eyes” composer Todd Rundgren were unsuccessful, as he could not risk missing his hair salon appointment for touching up his blond highlights, but James Lowe, lead vocalist and autoharpist of The Electric Prunes responded to Rock Town Hall’s questions regarding the creation of his band’s masterpiece. No joke! Check out his excellent anecdotes…after the jump! And vote for the winner of our first NDS match-up!

SHOWDOWN (choose one): What's the BETTER song between the division winners of sides 1 and 4 of the original Nuggets? 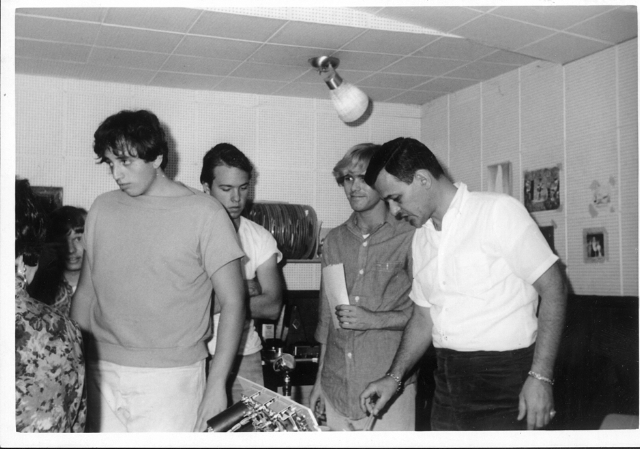 Rock Town Hall contacted The Electric Prunes to see if they might share their memories on the making of their Nuggets classic, “I Had Too Much to Dream Last Night,” and vocalist/autoharpist James Lowe, the guy with the cool shades in the bonus clip we posted last week, wrote the following tales from Europe. Thanks, James!

The Electric Prunes had gotten a one release deal with Reprise Records, and our first single “Ain’t It Hard” had flopped. We were dropped from the label but given one more chance to record something that would chart. Annette Tucker and Nancy Mantz had written a mild country song, “I Had Too Much To Dream (Last Night),” and Dave Hassinger, our producer, liked the title. I am not sure he had even listened to the demo he gave us. “See if you can do something with this,” was his directive. We went through the lead sheet and made notes like, crash here, noooooo yell, break break break… We rehearsed sections of the song as we came up with an arrangement; but i am not sure we ever played it in total. Only sections.

For tech heads the song was recorded on an Ampex 4-track machine at American Recording in North Hollywood. We did it in pieces, playing up to each break and stopping tape. The drums breaks were added last and edited in. Once we had the body of the song I added a lead vocal and a reverse fuzz guitar was added. We wanted the song to “float,” and a rubbery fuzz backward guitar popping out here and there with a tremolo rhythm guitar under it took the song to another level. Mark Tulin wrote the measures out backward for lead guitarist Ken Williams and tried to keep him appraised of where he was in the song as the tape played. Back then we had to turn the tape around and actually record against the backward track. It was very easy to get lost. I remember about halfway through Mark couldn’t figure out where he was and just walked back into the control room in the middle of the take and waved “good luck” to Ken. Ken’s licks and dripping fuzz-buzz sound were magic from the start, and it was done in one take. We had discussed a “dream” sound for the intro but had never really said exactly what that was? A few weeks before we had been rehearsing up at Leon Russel’s house and a recording accident gave us that crazy “bumble bee” intro sound at the top of the song. We cut that piece of tape off and brought it to the recording session at American for TMTDLN. When we edited it in It just seemed like it belonged as the intro to that song.

People have asked if we knew TMTDLN was a “hit” when we recorded it, and the answer is no. We played it for numerous people and they just thought it was “weird.” “Where would you get something like that played?” a record executive asked. It took a long time for the song to catch on and garner play on AM radio stations. We thought it was another flop; but it finally found an audience in a Seattle radio station with Pat O’ Day. Reprise allowed us to stay.

I had never heard of the “Nuggets” compilation until 5 years after its release. Thanks, Lenny Kaye! 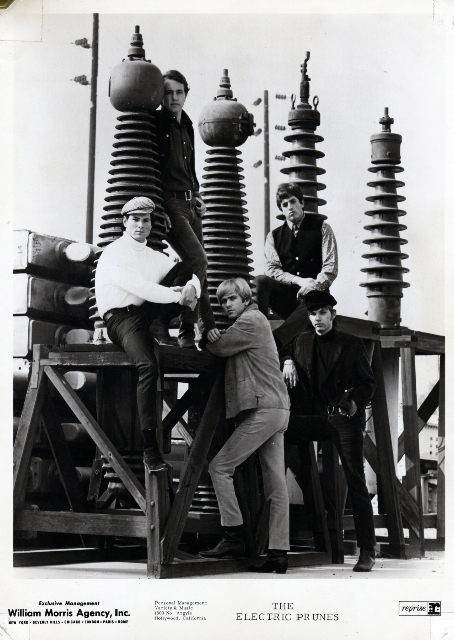