Too many things tend to bother me, and the older and (hopefully) more mature I get, I have trouble letting all the little things that bother me rush to the front of the queue.

Get back, new formulation of a favorite childhood candy, I’ve got a pain-in-the-ass interruption of my hard-earned career aspirations to attend to!

Stand down, idiocy of a band ditching its unintentionally racist band name for a sexist one, I’ve got two sons to help through their slow journey into manhood!

It’s for reasons like these that I have trouble cranking out the daily content I once did here in the Halls of Rock. Trust me, I’m thankful for seeing you all in this context during our Pandemic Relief reboot. I hope I’m doing my part.

I was thinking about this over the weekend: What stupid thing continues to gnaw at me enough that I should move it in front of my concerns over the health of our planet or the idealism on which my country was founded? Then it came to me: 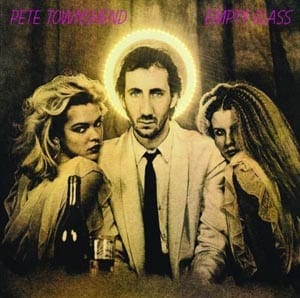 My oldest son, who recently got his first turntable for his 19th birthday and who has proceeded on a heart-warming (mine), wallet-emptying (his) vinyl binge, sent me the following text while I was at the gym this morning:

When I go to record stores I see lots of solo albums by different artists but I never want to buy them cause I’m not familiar with the music and I know lots of artists suck when they go solo. For example, Ive seen lots of Fogerty solo work and McCartney solo work but I don’t know if it’s good. Can you think of the best artists who went solo so I know what to buy and what to avoid?

Good question, right? One of those questions I sometimes get from people young enough to be my kid that makes me think we need to follow Rock Town Hall with a next-generation spinoff. I’m not sure, myself, whether Pete Townshend’s Empty Glass is actually good. I can advise him on solo John Fogerty (“Eh…”). His question reminds me that I need to warn him to tread lightly with any other solo (or in any way post-Move) album by Roy Wood beside Boulders, which he borrowed from me last week and liked a lot. I’ve had mixed feelings about Pete Townshend, the Occasional Solo Artist, for years. Should I finally buy a used copy of Empty Glass? I’ll have a talk with him about McCartney and let him know that there’s really no difference between McCartney solo and Wings and that there’s nothing McCartney has done post-Beatles that is worth anything but a greatest hits collection beside the nearly amazing Band on the Run. (I know some of you stand behind Ram, as well. I’ll be fair and represent your thoughts on that album.)

What solo albums by musicians primarily associated with being members of a long-running band would you recommend my boy check out? Don’t suggest Van Morrison, because he spent his first couple of years in Them. Likewise, as I remember perceiving things at his age, my son still thinks of and likes Lou Reed as a solo artist before thinking of him as the guy from the Velvet Underground.

On this week’s very special episode of Saturday Night Shut-In Mr. Moderator reflects on his experiences with David Bowie’s lyrics.

I’ve been a professional musician and songwriter for over 40 years. I live and breathe music. I also own thousands of albums and CDs…but they sit in my closet because…

On this week’s episode of Saturday Night Shut-In Mr. Moderator reflects on an afternoon trip to a local record store. And related topics.

This week, Mr. Moderator revisits records that made a deep, lasting impression on him from the first time he dropped the needle (or pushed PLAY or clicked a link). What records stuck with you and wove their way into particular moments in your life?

This week, Mr. Moderator broadcasts (almost) live from London, England! Stay tuned for a killer track from Saccharine Trust, among other highlights.