Townspeople, it’s time we determine—once and for all—The Greatest Use of the Electric Sitar in Rock ‘n Roll.

A show of hands for those of you who’ve jeopardized a close friendship by broaching this sensitive topic?

I feel your pain, brothers and sisters. 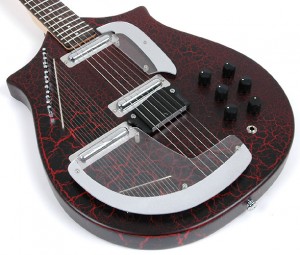 The selection committee, led by Townsman misterioso, has determined a fierce slate of contenders. This may be the end of some of our friendships, I’m sorry to say, but think of how our eventual determination—once and for all—of The Greatest Use of the Electric Sitar in Rock ‘n Roll will save future friendships and cut down on mistaken hits for that stupid Blue Swede version of “Hooked on a Feeling,” the one lacking the awesome electric sitar. 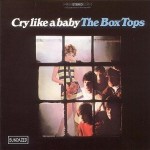 The Box Tops, “Cry Like a Baby”: I don’t know about you, but right off the bat I find myself confronted with the following dilemma: Are we trying to determine our favorite song that makes use of an electric sitar, the most appropriate use of the electric sitar, or simply the coolest electric sitar part in any rock song? Does the use of the electric sitar add to the legacy of this brief-lived trimming on mostly bubblegum pop/soul songs from the late-’60s through early-’70s even matter? We shall see. “Cry Like a Baby” may be my favorite song song using this instrument, but it’s as much for the song’s hop from the I to the IV chord. I love that device even more than the device of the electric sitar. Think about this stuff as it applies to you. History depends on your clear thinking!

B. J. Thomas, “Hooked on a Feeling”: We’re talking the original, not that weird a capella robot version by Blue Swede. If there were a picture in the dictionary under “Electric sitar” it may look like this song sounds.

Joe South, “Games People Play”: As good as this song is, my mind immediately goes to the different Spinners song of the same title. Sorry.

Steely Dan, “Do It Again”: This is among my favorite of a small handful of Steely Dan songs I like. I’m certain that the electric sitar is a big part of it. It may be the best-played electric sitar on a hit record, no? (That early singer clown may have something to do with me liking this song too. What happened to that guy? Did he get inducted in the Rock ‘n Roll Hall of Fame with the 2 miserable guys behind that band? Will he sit for a Rock Town Hall interview?)

Redbone, “Come and Get Your Love”: Indians playing an instrument inspired by the original Indians. That’s cool. I can’t believe I never made that stupid leap of thought when I was young enough to justify having made it. This song displays the surprising funk of the electric sitar. 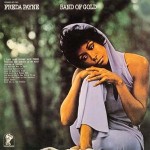 Freda Payne, “Band of Gold”: See my thoughts on “Cry Like a Baby.” UNBELIEVABLE song, with or without the electric sitar.

Stevie Wonder, “Signed Sealed Delivered”: Maybe the most subtle use of the instrument. All these years it never occurred to me that’s what I was hearing!

The Lemon Pipers, “Green Tambourine”: The most over-the-top use in a pop song? What’s wrong with taking a cheesy idea to the limit?

What's the greatest use of the electric sitar in rock?

8 Responses to “Once and For All: What’s the Greatest Use of the Electric Sitar in Rock ‘n Roll?”