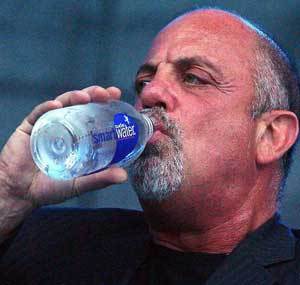 Now the story can be told: “We DID start the fire,” admits Philadelphia Daily News music columnist Jonathan Takiff, recounting the city’s role in launching the career of Billy Joel.

Takiff’s admission follows in the wake of the super-deluxe reissue of Joel’s Piano Man, featuring a bonus legendary and oft-bootlegged 1972 WMMR live-in-studio broadcast. For many area listeners this historic broadcast gave first airing to songs from Piano Man about a year and a half prior to the album’s 1973 breakthrough release date. A former WMMR DJ, Takiff describes the rush of excitement that swept the Delaware Valley on the night of this broadcast and lasted long into the ’70s, when a Philadelphia teens like a young Mr. Moderator first heard a rebroadcast of Joel’s intimate performance. Takiff describes a “special song”:

By the early 1980s, hip Philadelphians would feel a growing sense of shame over their role in feuling the artist’s skyrocketing journey through MOR radio. “We clutched ever so tightly to our similar role in kick-starting the career of Springsteen,” says Joey Sweeney, local tastemaker and editor/founder of the popular, hip lifestyle blog Philebrity. “The Boss maintained a bit of cool cred, whether he was getting all serious with Nebraska, dancing in the dark, or even playing with that thick-thighed guitarist from Lone Justice.”

“I was down with Piano Man and even Streetlight Serenade,” says Philadelphia Mayor Michael Nutter, “but I couldn’t relate to ‘New York State of Mind,’ from Turnstiles. I mean, what kind of ‘Thank you’ was that to the city that first took him to her bosom?”

The Mayor promised to offer a formal apology from the City of Philadelphia for its role in Joel’s continuing pop music presence once today’s Election Day activities have settled down. “Listen,” Mayor Nutter continued, “I’m willing to let bygones be bygones, but I’d rather think of Philadelphia in the early ’70s as the town that first embraced politically minded artists like Bonnie Raitt and Jackson Browne.”