The reports of my death have been greatly exaggerated. So have the reports that I hate everything. Unless of course we’re talking about this steaming piece of crap, appropriately titled Cut The Crap. Cut the Crap indeed.

Like my brave sampling of Life Cereal I took it upon myself to bravely purchase, listen to and do everything possible to find the light in the tunnel of “The Clash’s” last official release.

I’m a Strummer man. Always have been. Always will be. The Clash without Jones couldn’t be that bad, could it? Couldn’t be worse than Bad Audio Dynamite, could it?

You have no idea how much I wanted to find some gems in here to wave in your holier-than-thou faces. “Conventional wisdom” has it this album bites. And the lot of you gulp this second hand wisdom shit down without boldly going yourself. Conventional wisdom IS The Man. Fuck conventional wisdom. Fuck The Man! Let me hear it, I’ll judge for myself.

Sadly I have been put in my place. Conventional wisdom (CW) has made me his bitch. Those of you who took CW at its word have saved yourself time, effort, money, and dignity. This album = the sound of your post-coffee BM trudging and struggling its way down your far-past-due-for-rooting plumbing.

Please accept my apology. I too should have swallowed this CW shit. I fought The Man, and The Man won. Allow my suffering to enlighten you on this travesty without soiling your own fine footwear.

Here’s the closest thing to gems I could find. That is to say that these are as good as it gets. I might be able to find some tracks on Combat Rock that I like less but, I just showered this Crap off me and don’t want to have to Bactine-swab my nipple-ring holes again:

This Is England
Dirty Punk 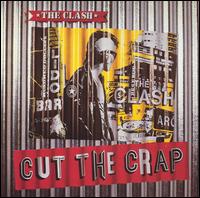 Now I Know Why Travis Bickle Went Off The Deepend

You know how “Buy The Album” on iTunes is traditonally $9.99? Well this one was $7.99 which is $8.99 too much. Here’s the rest of it. I took it upon myself to embelish the song names (in parens) to better reflect the true nature of the tracks. Put on rubber gloves, hold your nose, and feel free to pick thru the feces in search of any evidence of The Clash.

Dictator (Did You Mean Dickslapper?)
We Are the Clash (No You’re Not)
Are You Red..Y (For What Exactly? This Song? Then No.)
Cool Under Heat (I’m Sorry, Did You Say Something?)
Movers and Shakers (Bowel Movers That Is)
Three Card Trick (That Sucks w/o The 4th Card You Kicked Out)
Play to Win (Indeed)
Fingerpoppin’ (Sphinctersnappin’)
North and South (I Think I’ll Go East and West, Thanks Anyway)
Life Is Wild (And So Are Dung Beetles) 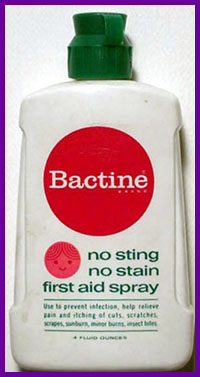 It Does Too Sting

Fuck You “Clash” For Creating This Stain On Your Legacy! But…I love you so much that I forgive you. How about I put London Calling on and we can spoon?