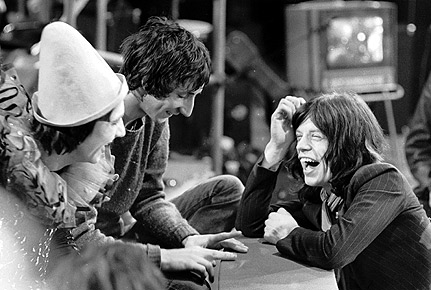 Now you funny too!

I’m not a joke teller. I can’t tell a joke to save my life. I think I tried to tell a joke only one time, when I was about 12. I’ve never attempted telling another joke since then. Some of you, however, can tell jokes. And do. In a recent thread, Townsman Bobby Bittman impressed me with the following rock ‘n roll stand-up joke:

This goes on for several nights, and gets to the point where the guy can’t sleep at night because of the drums. It’s driving him nuts! Finally, he goes down to the front desk.

When he gets there, he asks the manager, “Hey! What’s with these drums? Don’t they ever stop? I can’t get any sleep!”

The manager says, “No! Drums must never stop! Is very, very bad if drums stop.”

This got me thinking: there must be more rock ‘n roll jokes, old-fashioned jokes that joke tellers can tell at parties, out there. I know there are lots of drummer jokes, which have probably been documented elsewhere, but what else have you got?

I look forward to the laughter.