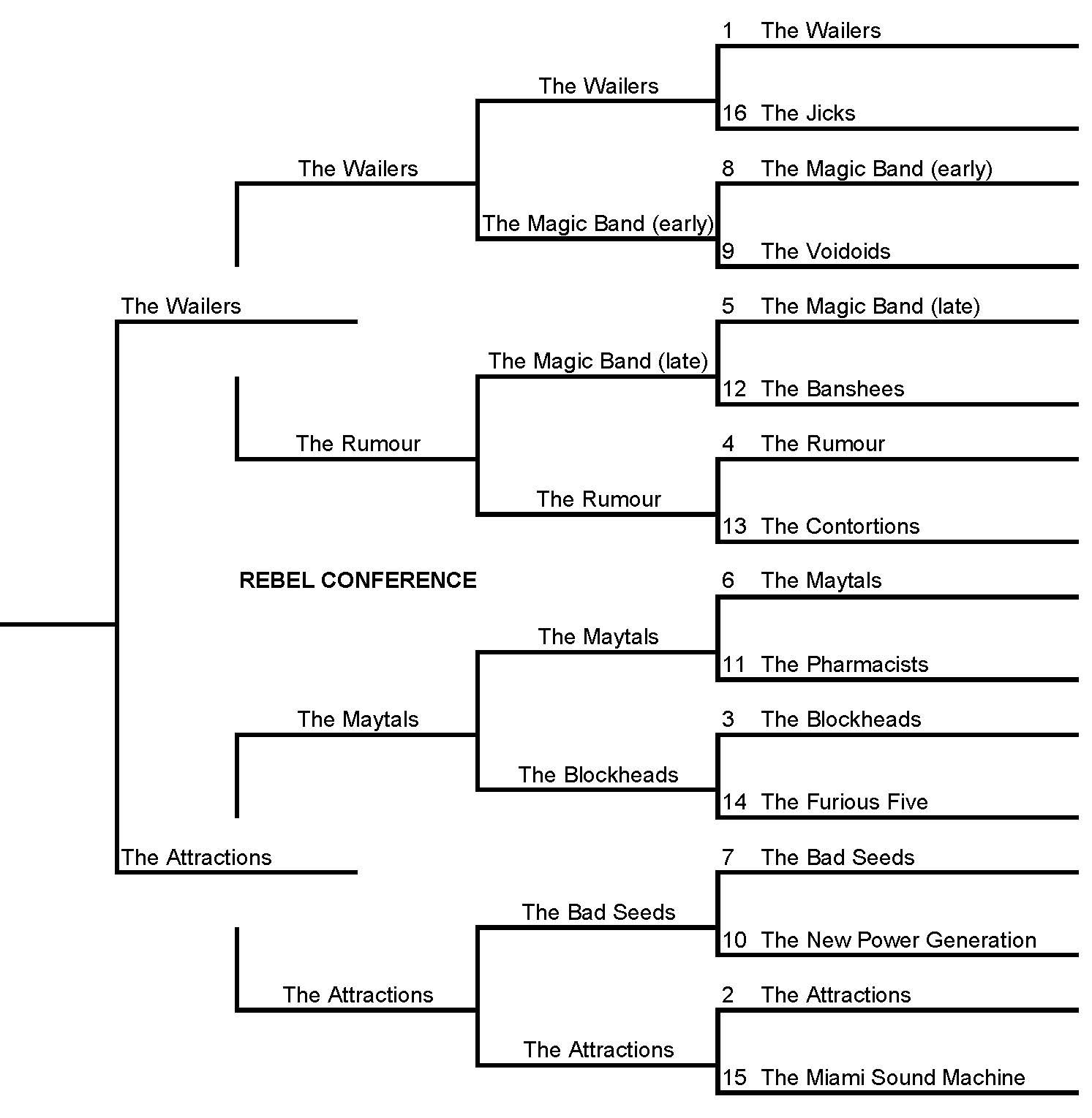 The Wailers vs The Attractions!

As we progress through the Semifinals round of our tournament to determine—once and for all—rock’s greatest backing band ever, the Rebel Conference promises possibly the most hotly contested match in Rock Town Hall tournament play, as The Wailers face off against The Attractions. The winner of this match will tell a lot about the make-up of our Townspeople. The winner of this match will likely blow away tournament overachievers Crazy Horse and move onto the Finals!

Through the long, painstaking course of this tournament adequate arguments have been made on behalf of all the semifinalists. That doesn’t mean you’re not encouraged to continue arguing for your selection in this round, but you are welcome to cast your vote now. Voting in this match will run through 11:59 pm on Tuesday, February February 28, 2012.

Semifinals, Rebel Conference: The Wailers vs The Attractions.