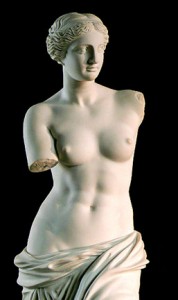 I can’t shake my initial thought upon seeing the security camera photos last week, that these were wannabe terrorists. They looked like 2 dickhead community college dropouts at the Dollar Dog Night I’d attended at my local ballpark the previous week. I half-joked to my wife that committed psychopaths and terrorists would be offended by the inclusion of these 2 among their ranks. Looks can be deceiving, but they didn’t have the kerrraaaayzeeee eyez of of a homegrown assassin. That kid who shot up the Sandy Hook Elementary School in Connecticut, for instance: who didn’t look at a picture of that kid, prior to his worst imaginable acts, and see a bad moon on the rise? Those first images of the Tsarnaev brothers, to my eyes, at least, showed a couple of wiseasses, not anyone with the capacity to sit through long religious ceremonies and somehow interpret the word of their God to suggest their purpose on earth is to kill and maim innocent people.

The older brother’s got one of those modern-day, gaudily-piped caps with a severely curved brim. Sign of an Asshole! (For proper baseball brim curvature, by the way, see this image of rookie Phillies pitcher Jonathan Pettibone, whose pitching poise in his debut last night was only matched by the classic curvature of his brim.) The younger brother wears a stupid, white baseball cap backwards and a smirk on his face. I was taken back to the one and only night I went out for Mischief Night. I was 12 and my brother, who tagged along, was 7. We rubbed bars of soap on some windshields. Then I had the great idea to put a bottle in the middle of the street. We ducked back in the bushes along the side of the road, so we could see what happened when a car ran over it. Soon enough a car ran over the bottle. It made a tremendous explosion! The driver screeched to a halt, pulled his car over, saw me and my little brother, and chased us down in no time.

“You must live around here,” he surmised correctly (our house was 2 down from the corner where I’d let my little brother into this act of mischief). “Do you want me to tell your parents what you’ve done?!?!”

Luckily his tired didn’t blow. He let us off the hook. I was still shaking the next morning, as I stood at the bus stop and watched a few neighbors across the street washing the soap off their windshields.

In NO way do I mean to bring down the tragedy in Boston to the level of my preteen hi-jinx, but before we start hunting down Chechen-Americans and declaring war on whatever tiny nation in the Caucasus this family actually calls its homeland, let’s see if it can be determined what really motivated these acts and whether there was any way something, something could have said, “You better not.”

But enough of my yapping! I had to get that off my chest. Let’s listen to a beautiful song, shall we?

11 Responses to “Something, Something Said, “You Better Not””