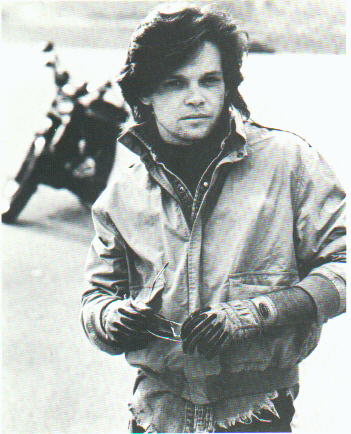 In a recent interview with Terry Gross of NPR’s Fresh Air, songwriter Rodney Crowell inadvertantly touched on a subject that we in the Halls of Rock can no longer ignore: The Mellencamp Conundrum. Crowell was telling a story of his young, aspiring songwriter self meeting with legendary Amercan songwriter Guy Clark. The sage passed along the following words of wisdom to the young man the ropes:

Just hours before I heard that interview Rock Town Hall was bursting at the seams with the need to finally examine the plight of John Mellencamp. The Mellencamp Conundrum is named for the artist, who has spent more of his career trying to live down his youthful, “overnight” success as heartland pop-rock sensation John(ny) Cougar than possibly any pop sensation in the history of rock ‘n roll who has ever attempted to “do it the other way around,” as Guy Clark warned young songwriter Rodney Crowell against attempting.