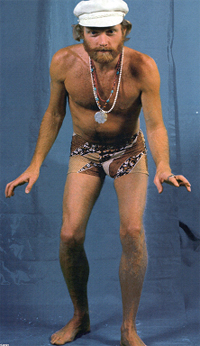 The following song by Kelly Hogan, “Strayed,” always seems to come up on my iPod at just the right moment while I’m running it on shuffle during a long car ride. It sounds especially good late at night, while I’m driving the family through Connecticut en route to Maine.

The boys are asleep. They don’t have the patience for this slow-burning, atmospheric song. My wife is usually half asleep, keep herself just conscious enough to confirm which way I’m supposed to go at a certain fork in the journey. The first few times she heard “Strayed” she stirred more than usual at 3:00 am and asked, “Who’s this?”

I gave her my stock answer: “It’s a woman named Kelly Hogan. I like her. She sings back-up for Neko Case, but I like her records better than Case’s. I wish she would get more attention.”

We don’t listen to a lot of Neko Case in Chez Mod. My wife and I both agree that she buries herself in too much reverb. Hogan’s voice is ensconced in a good deal of reverb on “Strayed,” but it’s appropriate to the mood of the song.

My wife appreciates country music. She grew up in the country. That sound and those values are not foreign to her as they are to me. She often gets bugged that I don’t love Patsy Cline. “She’s good,” I’ll say, “but she’d have been better if she used her voice for rock ‘n roll.”

The rare times I stumble across a country-tinged artist that I can dig, I run that artist by my wife, thinking she’ll dig the music too and be impressed by my ever-broadening tastes. After years of dismissing him, for instance, I got real excited when Steve Earle put out the song “Transcendental Blues.” Granted, the song isn’t remotely “country,” but I’d long rejected Earle for sounding like a country version of Bruce Springsteen. This song, I thought, may be my gateway to Earle. Around the same time I saw him perform with that old bluegrass group, with everyone standing around a single microphone. I quickly bought the Transcendental Blues album and rushed home to listen to it with my wife.

She loved the title track as much as I did. The rest of the album? Not so much. Not at all. After multiple spins through that year, I don’t think we’ve ever listened to a single track again beside the title track. She appreciated that I tried and still hits REPLAY whenever “Transcendental Blues” comes on.

A couple of weeks ago, during one of our long, late-night drives, Kelly Hogan’s “Strayed” came on the car stereo, magically appearing on the shuffle. My wife stirred from her semi-slumber and turned up the volume, paying no mind to our sleeping boys in the back seat. When the song ended, she hit REPLAY.

“You really like this song, don’t you?” I asked, my What an Injustice That Neko Case Gets All the Attention rant cued.

“I do,” she murmured, “it’s transcendantal.” She added, “I don’t like her other songs nearly as much. I wish she’d stop making country music. I feel the same way about that Steve Earle.”

When “Strayed” played a second time through she sought out “Transcendental Blues” and listened to that a couple of times in a row. Then she started playing other songs that put her in that state, starting with The Kinks‘ “Big Sky.”