Early ’70s folk is one of my biggest “rock blind spots.” Hoping to better understand the movement I did a little reading and Googling. I was prepared to come across the usual suspects (Fairport, Pentangle, etc); however, while researching into the British side of the scene I learned that Al Stewart was a significant player of the times. Was this the same Al Stewart who I only knew through the plushy lite-rock hit “Year of the Cat”? A little more digging revealed that Stewart tried to distance himself from the success of the song as well as the Alan Parsons produced albums of the late ’70s . 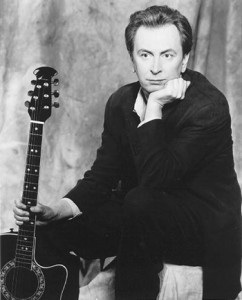 His return to a purer folk style later in his career would find little favor with record buyers but for his die-hard fans. For his live shows he would either drop it from the set list or open the show with the song.

He isn’t the first artist to find success with a song they would rather forget or was not representative of their “true” sound. Yet, I feel he shouldn’t have to disown something that certainly pays the bills or brought attention to his other albums. On that note the stuff on Time Passages, despite its execution and decent melodies, sounds horribly dated.

If it was your song could you live with “Year of the Cat”?