Neither shorts nor too-short skirts nor headbands nor questionable harmonies nor pointy guitars can completely ruin John Fogerty‘s infectious “Almost Saturday Night” for me.

You may recall my feelings on the brilliance of this hopeful song, which I once declared as being impossible to screw up. I may need to retract that statement, and not because of this pedestrian version by Candystore. It’s the following version that’s turned my head—and stomach: 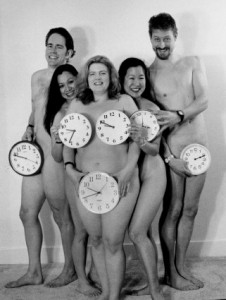 I believe we did a thread once on the worst-timed departures, by reasons other than death, for musicians right before their newly former band broke big (eg, Pete Best‘s departure from The Beatles). The question in today’s poll regarding whether Chris Stamey deserves a Rock Wedgie (perhaps for leaving The dB’s when he did, perhaps for other acts, such as abuse of the 128-string guitar or his anal series of contributions to Tape-Op) as well as recent news reports of a new album by The Jayhawks with Mark Olson finally back in the fold got me thinking about the converse: the worst-timed departures of key band members in the eyes of the band members left behind.

For instance, how bad must the timing of Olson’s departure, hot on the heels of Tomorrow the Green Grass, have been for Gary Louris and the rest of that band? It must have been terrible, terrible timing, as far as they were concerned, at least in terms of them milking all the commercial and critical glory that was just beginning to flow into their collective challice!

What other key band member departures (not including those who left this mortal coil) suddenly left their mates high and dry?