Do you boogie? Do you know what it means to boogie? You know, boogie down, baby, in your-your-your-your-your boogie shoes. Heads-a-bobbin’; sweat-a-floppin’; every musician, every dancer keying on the downbeat.

There’s nothing fancy about the boogie. You know that turkey neck and gizzard that you want nothing to do with at Thanksgiving? Meanwhile your grandparents go on about what a delicacy those parts were when they were kids. This is the state in which we find our old friend the boogie.

There are many ways to boogie. Some would even say chooglin’ is a form of boogie. See if you agree.

In honor of BigSteve, today’s Battle Royale seeks to crown the Ultimate Boogie. Let not genre, race, or geography stand in the way of your contender for Ultimate Boogie. If you’ve got a song that was born to boogie, throw it in the ring and see how long it stands! May I kick it off with the following Classic Boogie?
END_OF_DOCUMENT_TOKEN_TO_BE_REPLACED

More than a few of you may be aware of my love for Roy Wood’s solo masterpiece, Boulders. This one-man band outing represents, for me, a landmark in Prock, that is the as-yet-not-fully defined subgenre of progressively self-referential rock and pop music.

Wake Up
Rock Down Low

You may have heard my spiel before, even if you’ve never heard the album. You may have heard the album before, but even if you couldn’t stand it, I encourage you to grab a copy out of a dollar bin – hell, sadly almost no one wants their old copy – and listen to it in order, preferably a few times. I believe it’s an album of obsessive, whimsical craft and strange beauty. You’ve heard me rattle on about a song’s ability to meet the True Objectives of Rock. An album like this one surely was not part of the original plan. However, in the post-Sgt. Pepper’s era, when the artifact of a rock ‘n roll recording and album could hold as much value as the record’s emotional and rhythmic content, a special place was carved out for rock ‘n roll shut-ins to enjoy in the privacy of their own room. Boulders is just such an album. Do not expect to throw this on at a party and proceed to high-five your friends. See if you can stick in there for the first three tracks, and then see if you can hang on through track 7. If you can get that far, I beg of you to hold tight for track 9, the aptly named “Rock Medley”.

Effin’ Jeff Lynne! The guy used every move in Wood’s book, dating back to his pre-Lynne work with The Move through this stuff and the worst boogie-glam of Wizzard. Wood was the real deal, so real that he often sucked in his overreaching, high-concept flights of fancy. I don’t mean to get down on Jeff Lynne too much, because a Townsman played me the new album by that 40-piece band in the brightly colored robes. My god, Jeff Lynne’s worst work with ELO outshines that crap, but Lynne never put his Prock talents to work on such an inner plane as Wood did on Boulders. This album is sorely in need of some explanation. I’ve got some questions for Wood, and don’t think I haven’t been trying to track him down.

When debate over the alleged ham-fistedness of John Bonham came up the other day, it became clear to me which drummer I would first place on the examining table in a new feature I’d like to call Is There a Drummer in the House? I know we’ve got a couple of drummers checking in regularly, and I know we’ve got a number of self-appointed drum consultants on hand. As much as I value the role of the drummer, I don’t know enough about the instrument to articulate what it is I value without the aid of shooting dirty looks at a drummer and speaking in vague impressionistic terms that few drummers can understand. I’m counting on you to help me articulate what sometimes confuses me in the role and execution of drummers. 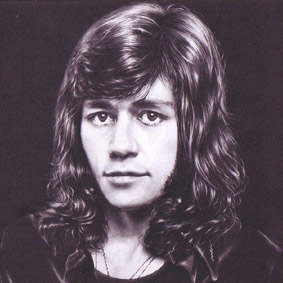 Bev Bevan, drummer for The Move and ELO. If you’ve already gotten the impression that Mr. Moderator loves The Move, you’d be right. I also grew up liking the hits of ELO as much as any Beatles-loving, lonely, love-starved teen in the ’70s, although I’m not one to spend much time filling in the paperwork toward a Critical Upgrade of their output.

In both the music of The Move and, as I listen to them with more discerning ears, ELO, I’m frequently perplexed by Bevan’s drumming chops and choices. The guy could bash like a mofo, and his bashing added an element of excitement to the records, but I can never tell exactly where the line is between heavy rock chops and poorly executed, overplayed choices.

Following are three examples of the Bev Bevan style, each of which are from late-period Move albums, that period when Jeff Lynne had joined the band and they’d fully embraced The Power and Glory of Rock, so these factors probably play a part in the resulting arrangements. Nevertheless, see if you can help me out.

The first example is “Chinatown”, a Roy Wood song not out of character with his whimsical pop numbers from the years before he’d fully committed to The Power & Glory of Rock. I love this song, but from the opening fill through the end of the song, Bev Bevan seems like he’s not paying attention to the song’s core vibe. He’s bashing away and laying into the kick drum like he’s in a street fight. Do I love this song, in part, because of or despite Bevan’s drumming?

Next, the original version of “Do Ya”. I’m not sure which version I like better, this one or ELO’s hit, but on both versions, Bevan seems a bit sluggish. It’s almost just right – or is it? Could the song have been even better with a slightly more sympathetic, nimble drummer (eg, the heavy yet not ham-fisted Bonham)?

Finally, a song on which Bevan’s drumming sounds wholly appropriate: “Feels So Good”. This, by the way, is a prime example of The Power & Glory of Rock. See if you agree that it best suits Bevan’s style. Then tell me if this is a good thing or a bad thing. Then tell me what you think of this FACT: END_OF_DOCUMENT_TOKEN_TO_BE_REPLACED

Rock ‘n roll…My life was saved by rock ‘n roll. Forever more I will give it up for The Power & Glory of Rock.

Shortly after the ‘n Roll was dropped from Rock ‘n Roll and long-haired, bearded bands took the stage at open-air festivals, backed by a phalanx of amplification, to play Rock music, these same bands felt the need to get back to rock’s roots. The Beatles got back. The Stones, who’d barely left rock’s roots through their Brian Jones years, wisely ditched the hashish and dashikis and got way back to rural American blues. The Band and Traffic holed up in the countryside. The Byrds went the trad-country route. The rock world called on Sha Na Na to help reclaim that prematurely dropped ‘n Roll. Getting back.

Getting back and joining together, man, in the form of a band! Rock’s Premier Seeker, Pete Townshend, was ripe for rallying behind The Power & Glory of Rock. The Who and The Move, led by eccentric, multi-instrumentalist, conceptualist Roy Wood, applied the thunderous, plodding riffage of their bands to early Rock ‘n Roll’s walking bass lines and pounding piano-driven rhythm sections. Lyrics might commemorate the innocence of early Beach Boys, as The Move did in “California Man” (by this point with Jeff Lynne in the fold, who would continue as a proponent of The Power & Glory of Rock as The Move transformed into ELO) and or celebrate the everlasting Power & Glory of Rock itself, as The Who did so memorably in “Long Live Rock”.

When giving thanks and praise to The Power & Glory of Rock, it’s not enough to sing of innocent times and imagined dance steps, it’s not enough to restore the slightly frantic, swinging rhythms that marked the genre’s explosion onto the pop culture landscape. No, every shred of humanity in each riff and downbeat must be thrust to the fore, revived, exploited. The song becomes secondary. The act of getting back becomes secondary. Rather, it is the act of giving thanks and praise itself that comes to represent The Power & Glory of Rock.