I really liked this riff a lot…

…when it was this riff: END_OF_DOCUMENT_TOKEN_TO_BE_REPLACED 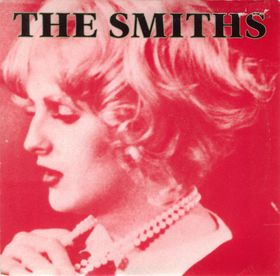 “I couldn’t believe it,” recounted popular Rock Town Hall moderator Mr. Moderator to an anonymous RTH Labs Hotline operator, “I was painting our upstairs bathroom while playing the ‘Elvis Costello’ channel on Pandora when a jangly song came on that sounded like something The Smiths might do…but it wasn’t the slightest bit annoying!” Mr. Moderator quickly placed the paint roller back in the tray, washed his hands, and ran to his bedroom stereo to see what was playing. Sure enough it was The Smiths’ “Is It Really So Strange?”, a song he couldn’t place ever having heard before, not even in women’s dorm rooms from his college days.

[audio:https://www.rocktownhall.com/blogs/wp-content/uploads/2012/02/The-Smiths_01_Is-it-Really-So-Strange-John-Peel-session-12-2-86.mp3|titles=The Smiths, “Is it Really So Strange”]

Mr. Moderator stood before the speakers and used all of his immense powers of concentration and critical thinking to see if he could determine that the song, like all previous Smiths songs he’d heard before, did in deed suck thanks to Morrissey’s whiny vocals and ill-defined melodies. But the song in no way sucked. He couldn’t even demean the song as “wimpy.” That’s when he called the RTH Labs Hotline.

“I’d tried liking The Smiths—even the slightest bit—over the years,” Mr. Mod explained, “but I was always put off by Morrissey’s aimless vocals and resentful of the mystifying ‘guitar god’ status granted to Johnny Marr.” He continues, “One week I even immersed myself in solo Morrissey records and found I liked them better than the stuff he did with The Smiths.” He then tried listening to The Smiths again but still couldn’t understand what people heard in those records. “The solo Morrissey stuff wasn’t too bad, though. Maybe it was the influence of Mick Ronson that gave him some focus,” he muses. “This Smith song, however, is as solid as the best of those solo records. Morrissey within the song’s rhythm, and I even like Marr’s guitar playing!”

RTH Labs is currently investigating why this particular Smiths song is so much better than anything else the Moderator has ever heard by the band. Your input will be added to the investigation.

In the June 3 edition of The Independent, an article penned by Andy Gill and entitled “Days of Whine and Roses” opens, “Over the next fortnight, fortysomethings of a certain persuasion will be heard sighing into their lattes, lost in fond reminiscence of the sweet pain of adolescence. Because 25 years ago this month saw the release of The Queen is Dead…”

Gill, another sigh-inducing musician of us latte drinkers, goes on to state, “And if you were a teenager in 1986, no other record reflected the febrile mixture of loneliness, contempt, self-pity, petulance, sexual confusion, juvenile intellectual superiority and general emotional turmoil that characterises most adolescents’ experience of life.”

Isn’t it time that we, the cogniscenti of RTH also review this important album? If REM’s I.R.S output and a critical upgrade of Husker Du elicited recent posts, shouldn’t we weigh in? Of particular importance is the concept of “cleverness,” recently eschewed by Mr. Moderator.