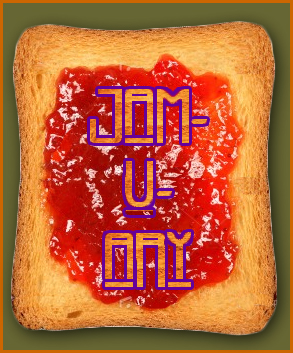 What would JAMuary be without at least one visit from the “Mother of All Jam Bands,” the Grateful Dead? The legendary “Dark Star” was the opening cut on Live/Dead, the 1969 record of the band at the height of its JAM Powers. And JAM it is, a long, modal, free-form expansion of a 3-minute single into a 23-minute exploration into the outer limits of rock. It is not the most rockin’ of JAMS, but rather a contemplation of subtle interplay, tone, and feedback that you will concede rises far above any charges of mere noodling.

Don’t miss Phil’s resonant melodic inventions, Bobby’s light touch on rhythm, and most of all, Jerry’s repeated reinvention of his guitar tone for each of the flowing sections. In fact, anyone with an open mind should agree that it sounds as if “it’s planned out” and not mind it at all.