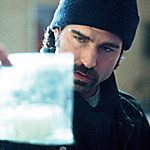 In a recent thread on bands that were irrevocably weakened by the loss of a key member, Townsman jungleland2 made an interesting comment:

What interested me most was the last part, about the songs on Don’t Tell a Soul being “fantastic” despite the album’s generally acknowledged bad production. I’ve never been a Replacements fan, so I’m not equipped to argue whether the songs are on par with their more beloved works or not, but I’m scratching my head at the moment, asking myself if I own any records with songs that I believe are “fantastic” despite production that I don’t like. If I like the production of an album I feel fit to judge the quality of the songwriting, however if I really don’t like the production of a record I don’t have a clue as to how to judge the songwriting.

I’m reminded of the thing people say about flawed films that have “great scripts.” Do these people get a copy of the script handed to them when they sit down to watch a film? Why can’t I ever tell anyone about the “great script” behind a poorly made film? I know a lot more about music than I do film, but I wonder: Am I so tied to the sound of records that I can’t tell if the song itself is actually good? How about you?

If you have examples of fantastic songwriting smothered by production you can’t stand (as opposed to lo-fi production, for instance, that you may like despite it being considered technically deficient), I’d love to hear them. Most importantly, for my growth as a human being, I’d like to hear how you managed to discern the nuggets of nutrition within the aural turds.

I look forward to your comments!

50 Responses to “What Is Fantastic Songwriting and How Can I Spot it on an Album with a Production That I Cannot Stomach?”