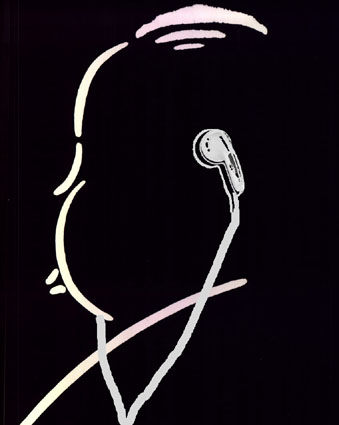 I meant to post this a week and a half ago, when it was more relevant, but football has never been very relevant to the daily chatter at Rock Town Hall, and lately I’m skeptical whether Rock Town Hall is even relevant to those of us who used to make it so. Ugh.

New Philadelphia Eagles coach Chip Kelly has introduced a new wrinkle in NFL practices: the blasting of loud music during practices. His supposedly scientifically formulated playlist is coordinated to support the drills at Eagles practices and give the players experience communicating through the loud, hectic surroundings of a typical game day. Welcome to the jungle!

We’ll see how any of this pans out. Quick scans of the playlists Kelly has been programming would pose a challenge for my rock-snob ears to overcome, rather than motivate me, if that is the intent.

Thinking about the role music can play in working out got me thinking about Apple’s failed iLose program. Remember that? As part of the beta testing group I was delivered scientifically selected playlists that promised to help me shed pounds, even if I did nothing but listen to the music while taking a walk around the block. As much as I looked forward to a slimmer, trimmer body through listening to the music of artists I already liked, the program was missing some key components, starting with portion control.

I’ve since gotten a handle on losing weight and getting in shape. Here’s a dirty little secret for anyone else who’s ever struggled with his or her weight: eat less. Eat less every day. Eat much less of the things that are worse for you to eat. And exercise way more than you normally would be inclined to exercise. After a couple of weeks, you’ll feel the benefits and begin using new notches on your belt.

I do listen to music whenever I work out. Usually I select obvious stuff with a driving beat and kick-ass attitude, such as The Stooges. However, I’ve been surprised at how effective some non-macho rock music is for working out. The first 2 dB‘s albums, for instance, fit well with my half hour spent frolicking on the elliptical machine. Beulah is perfect for the nights spent on the treadmill; the repetitive, escalating arrangements keep me going around yet another digital bend.

Sometimes I find it beneficial to hear the voice of a woman in my ears as I work out. I’m not on the market, ladies, but as I get in shape it is nice to imagine that I’m becoming slightly more appealing to the eye. Is that the music of Blondie and The Fiery Furnaces checking me out?

Bands I would expect to love hearing while working out, such as The Clash and Captain Beefheart, don’t deliver as I’d expect. I get caught up in the former’s lyrics, while the latter’s awkward charms contradict my efforts at developing a modicum of physical grace. The music of Pere Ubu, on the other hand, can be very good for working out.

I find working out in the gym—at least the treadmill/elliptical stuff, before I hit the weights—to benefit by the support of repetitive music. Talking Heads get a lot of play on my iPod while I’m sweating. One night I tried listening to Terry Riley, but all I wanted to do was sit cross-legged. Maybe I’ll save him for the day I get into yoga.

Was it LCD Soundsystem that put out an entire album that was structured as a workout? Is that any good? As an aside, I’ve yet to be turned on by that band. I still get hung up on the fact that the song I like best by them is a nick from Pete Shelley‘s “Homosapien.”

What’s your favorite workout music? Most surprising? Artist you love that sucks for working out? Etc.

6 Responses to “Whistle While You Workout”