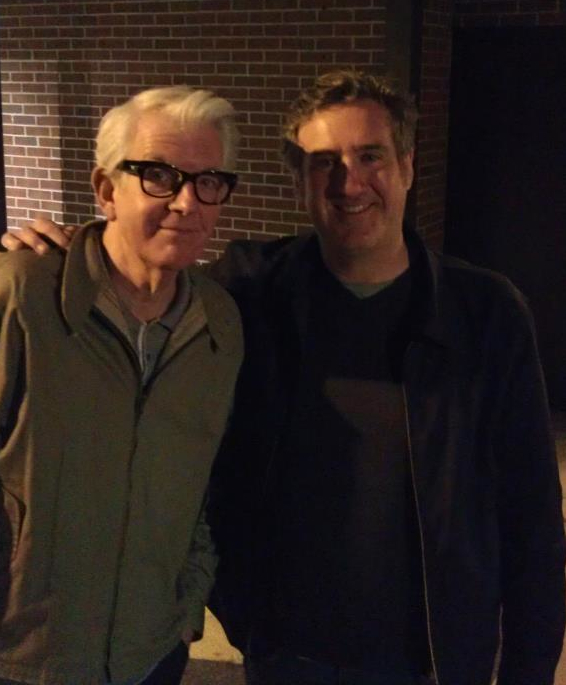 I’ll share some thoughts on seeing Nick Lowe and his band at the Keswick Theatre, in Glenside, Pennsylvania, outside Philadelphia and a stone’s throw away from where I spent 12 years in lower, middle, and upper school, sometime later, when I can catch my breath. Mad props! to Philly music and film writer extraordinaire Sam Adams for providing me this opportunity.

UPDATED: My review follows the jump…

As I marveled at Nick Lowe and his subtly rocking and informed band run through an overview of his solo career and some old-time chestnuts at the Keswick Theatre, I realized the key to Lowe pulling off such genre-rooted music is how lithe a performer he is. His voice skips above and dips under the rhythm, avoiding the pitfalls of bar-band aspirations of authenticity. He’s physically as limber as ever, with his left leg twitching to the beat. His stage banter is witty and delivered with the perfect combination of showmanship and sincerity. The craftsmanship of his songs is upheld by the care given to all aspects of his performance. A 45-year career as a professional performer should add up to a well-oiled show, but Lowe performs as if he’s got 90 years of experience.

Lowe and his band (including longtime drummer Bobby Irwin and keyboardist Geraint Watkins, whom Martin Belmont raved about in these hallowed Halls) brought it down, raved it up, and covered a range of rock ‘n roll moods in between. The band hit all its consistent and expected arrangement marks—highly anticipated details like the descending run at the end of the guitar solo in “Cruel to Be Kind” (arranged along the lines of the Brinsley Schwarz version, which Nick and his band confirmed backstage was initially modeled after The Sound of Philadelphia)—but they dug deeper when called upon to highlight a song’s plot. The best example of this was a version of “I Trained Her to Love Me,” which had me grinning ear to ear. Every detail of the song was salaciously lingered over in a way that was both comic and cutting. It was a masterstroke—and it was good old rock ‘n roll.

Show opener Tift Merritt, a petite woman accompanied by a second acoustic guitar/pedal steel player, performed a solid set of rhythmic country-rock. Going into the show I knew absolutely nothing about her, not even her gender. She was mildly concerned about/amused by the fact that few in the audience knew her music, but her first impression on me was positive. She mentioned having opened for The Jayhawks last time she was in town, and she’d fit right in with them.

12 Responses to “You Probably Can’t Tell in This Photo, But I’m Doing All I Can Not to Plant a Kiss on Nick Lowe’s Cheek”