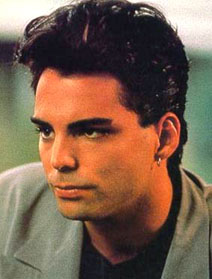 This Sunday the Pittsburgh Steelers and Green Bay Packers will meet in the Super Bowl despite suffering key losses through the grind that is the NFL season. Above all their meeting is a testament to each team’s depth. The Steelers withstood the suspension of their star quarterback for the first quarter of the season, and the Packers have been starting third stringers owing to a run of season-ending injuries to starters and their backups. That’s depth!

Sports teams depend on depth. There are instances, however, where one player, such as LeBron James with the Cleveland Cavaliers for the first half dozen years of his career, can elevate a team’s overall level of play and make it a contender. Look where the Cavs are this year, their first year without LeBron: last place and in the midst of one of the longest losing streaks in NBA history. That’s lack of depth, but no one can deny the strong team the Cavaliers were with James leading roughly the same cast of characters.

I’ve got this theory about the perfect television show being “5 deep,” that is, having 5 strong characters to carry plot developments, make the transitions between scenes, etc. Most of the greatest shows in television history are 5 deep. A show that’s 5 deep can usually withstand the loss of a key character. Think of Cheers and M.A.S.H. Charlie’s Angels, which was at best 4 deep, if you combine a half contribution each from Bosley and the disembodied voice of Charlie, struggled to maintain its quality as blond cast members came and went. Take a solid drama like 21 Jump Street, which was carried solely by hotshot newcomer Johnny Depp. Depp leaves the show, is replaced by Richard Greico, and the show’s quickly in the tank, like this year’s Cavs.

As with sports teams and television shows, record albums benefit by depth…I’d argue that one of the most remarkable things about Beatles albums is their depth. I’d be hard-pressed to name an album with a killer single or lead track that would greatly diminish my enjoyment of the album if it were removed. Maybe if Abbey Road didn’t kick off with “Come Together” I’d listen to that album even less, but I’m not sure I could say that about any other Beatles album. Think of Revolver, often acknowledged as the greatest Beatles album. What’s the killer track that makes or breaks that album? I’d say there is none. That album functions as a team, with Hall of Fame players, undoubtably, but with the depth of the Boston Celtics of the late ’60s and early ’70s, which ran John Havlicek as the sixth man!

On the other hand, I’d argue there are great albums that depend heavily on the strength of a single or lead track. The Beach Boys‘ Pet Sounds puts the rock squarely in the hands of “Wouldn’t It Be Nice” and depends on that song’s tie to their recent past to motivate listeners to move forward into new territory. Similarly, I’d argue that The Rolling Stones‘ Exile on Main Street builds squarely on the dynamics of “Rocks Off.” It’s a tent-pole song for an album that sometimes strays from the game plan, so to speak.

Excluding albums containing a massive hit that no one otherwise cares much about as an album, can you think of great albums that may rest too heavily on the “skills” of a single song, that lack depth and may come down a few notches with the removal of that song? Conversely, what’s a great album that works because of its depth, that doesn’t depend on “star power?”