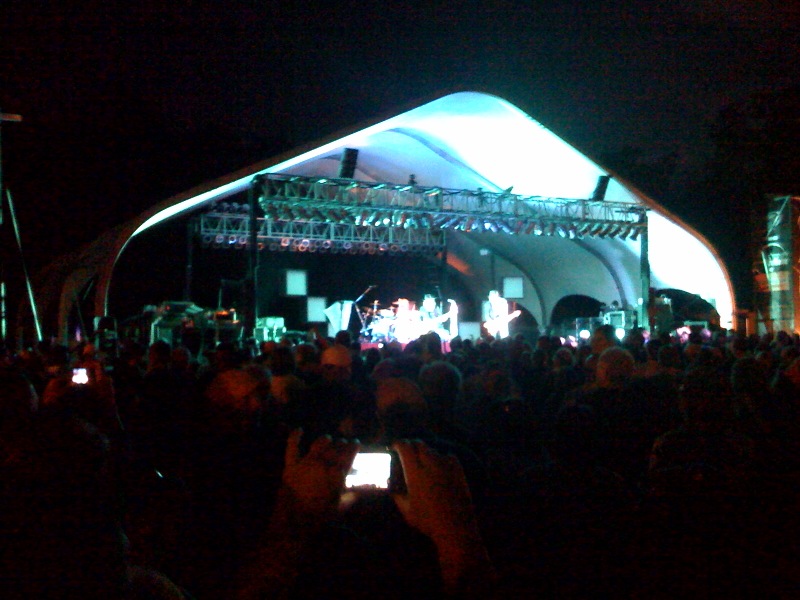 Last night, I drove the 100 or so miles from DeeCee to Richmond, VA to see a band I get kidded around a lot for ’round these parts: ZZ Top.

Some of you might be surprised to learn that this was the first time I’d ever seen the band, given my fan-boy love for almost all things Zeezy, and particularly Gibbonsian. Nevertheless, there I was, at a peculiar, very small outdoor venue (seemed more like a neighborhood park, and there couldn’t have been more than 1500 people there) — and I was frankly surprised how much the band rocked — with a weird, loping groove they seem to have developed in their dotage. I’ve never heard anything like it. If it weren’t mathematically impossible, I’d say that the whole band was playing behind the beat. Billy’s playing was especially stellar — I was worried what I might see, after witnessing some pretty shambolic TV appearances in recent years. No worries there; the Rev was ON.

Anyhow, the show was definitely worth the $20 I paid to see it, and might have even been worth the five-hour round-trip drive. But that’s not why I write!

I’m writing because ZZ Top was on my increasingly short list of “bands I really need to see while I still can/really should have seen while I had the chance.” I’m here to share my list, indicating whether or not I got to see the artists on it — and I hope you’ll share yours. Please note that historical impossibilities are not allowed — but missed opportunities are. Here, then, is my list, in no particular order, to serve as example:

38 Responses to “Catch ’em While You Can”