Another early theme in Clapton’s autobiography is a preoccupation with his ranking among other British rock guitar greats. It’s funny that almost anyone who might be considered in his league is quickly considered not comparable because he’s from a “rockabilly,” rather than blues, background. He uses this distinction, for instance, to shake off any heat that he might have felt from Jeff Beck and Jimmy Page, and later Albert Lee, who’d joined one of his touring bands in the late-’70s or early-80s. Reading stuff like this in the early chapters, I kept thinking, Is this guy completely unaware of how insecure and conceited he sounds? In the moment, so to speak, of his autobiography, he does not stop to analyze himself. It’s only in the later chapters, after he’s been through years of therapy and rehab, that he’ll comment on him shortcomings in a very dry, direct way. I can’t judge if Clapton’s blooz ever reached the level of understatement and truth he’d long desired, but his writing in this book occasionally does. 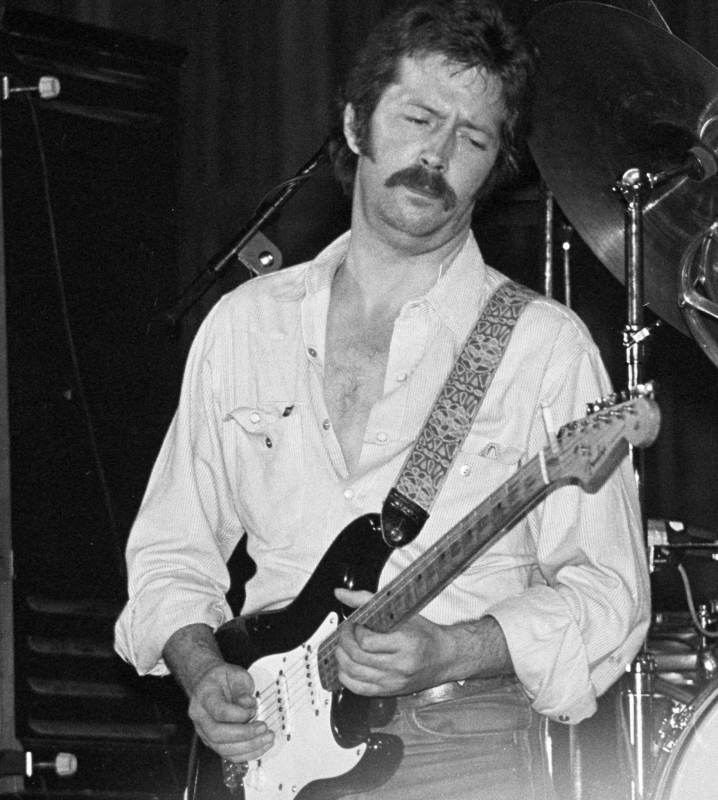 In keeping with his matter-of-fact tone, the book is not big on all the scandalous, debauched aspects of the man’s life. All the stuff you might have imagined would have made for a racy, vicarious thrill-ride – fighting with Ginger and Jack, the whole Patty/George triangle, riding the white horse during the making of the Derek and the Dominos album, doing blow with Robbie Robertson and getting so high he didn’t know his strap fell off – is downplayed, if in there at all. Actually, it’s unfair to say it’s downplayed. I think it’s discussed in Clapton’s natural voice, which is generally a bit self-critical and thoroughly unimpressed with his own doings. It’s cool the guy is aware that he’s not half the guitarist some would have made him out to be, but his guitar took him all too far. Rarely does he invest much emotion in the retelling of a particular unhinged life experience. Even the inevitable chapter on his son Conor, who fell out an apartment window to his death, is dry and direct. As a bit of a drama queen myself, who relishes life’s highs and lows and feels the need to milk them for all they’re worth, I was intrigued by Clapton’s perspective.

9 Responses to “Clapton Is Man”