Well, well — Tom Petty has his first album ever to debut at #1 on the Billboard album chart. It’s a pretty low bar these days, and there are all kinds of tricks (like giving away album downloads when you buy a concert ticket) but, hell yes! #1 baby! Clapton comes in at #2 with his JJ Cale tribute. What is this? 1977?

Petty’s “Hypnotic Eye” sounds OK by me — I have not listened to it 50 times yet — but I’m liking it. Also this week, Spoon put out a new one that seems promising for the long haul. Jenny Lewis  has a nice new album that I probably will listen to 50 times at some point this year.

So — I’m pretty optimistic about R-O-C-K-ers (yeah, of a certain age) right now.

P.S. Stream Sinead’s new one at NPR’s First Listen, too!

Hearing this version of “Hello Susie” for the first time was pretty exciting, primarily for the fact that Bev Bevan is not paradiddling all over the tune. As loyal as I am to The Move (and as tolerant as I am of their excesses), Bevan’s sloppy, sludgey style sometimes aggravates me. Amen Corner’s arrangement gets to the chugging, cascading heart of the song and doesn’t overdo it. Ultimately it makes for a “lighter” approach in scope as well as the song’s inherent ability to celebrate The Power and Glory of Rock, but tonight I was intrigued and wanted to hear more. END_OF_DOCUMENT_TOKEN_TO_BE_REPLACED

Last night, following a very long day of business and pleasure, I got home around 10:15 pm, checked e-mails, confirmed the losing score of the Phillies’ game had not been overturned, and then flipped channels for a spell until I could barely keep awake. Then, just as I was about to call it a day, I saw that Ken Russell‘s Tommy was about to come on! This is one of those train-wreck movies I can’t help but watch whenever it comes on. I was both fascinated and repelled by it when I saw it in the theaters as a kid, and my reactions to the movie have not changed since then on repeated small-screen viewing. I knew from the start that I would pay for staying up an additional hour today—my brain was already starting to throb from overuse—but I rationalized that it had been some time since I saw the opening scenes, with the boy actor as Tommy. Beside, I told myself, it would be good for Rock Town Hall.

I ended up watching through the scenes with the boy and the first, highly influential scene with Roger Daltrey as the deaf, dumb, and blind adults Tommy being taken by his mom, Ann-Margret, to the Marilyn Monroe-worshipping church led by Blooz Minister Eric Clapton. I consider this film highly inspirational on a personal level because Daltrey exemplified what would become one of my most cherished bits of comedy at home: my love for and impersonation of actors acting blind in movies. No offense to our blind Townspeople checking in, but Hollywood really gave you the shaft when it came to a lousy repertoire of approaches to acting blind.
END_OF_DOCUMENT_TOKEN_TO_BE_REPLACED

Here’s a little game I’d like to try out, without having put a great deal of thought into it to ensure its chances of success. In other words, I ask you to cut me a break in advance, if this turns out to be a terrible idea.

A Townsperson will suggest a guest musician on a noted artist’s record, such as Eric Clapton playing on The Beatles‘ “While My Guitar Gently Weeps.” We’re talking actual guest appearances or appearances as session musicians, not a spell when said “guest” was actually a member of the band (eg, Johnny Marr‘s membership in Modest Mouse does not count as “guest appearance”). Easy enough, right?

Then, the next Townsperson needs to cite someone who has 1) guested on that guest musician’s own recording, 2) another recording by an artist on which the first guest musician has recorded, or 3) a guest musician on the most recently-introduced artist’s recording who can be tied back to the previous guest artist.

For instance, in the case of Clapton guesting with The Beatles, the next Townsperson would need to cite either 1) someone who has guested on a Clapton record or 2) someone who has guested on a recording by another musician with whom Clapton has guested. In this example, for instance, Townsperson #2 may play George Harrison guesting with Delaney, Bonnie and Friends, with whom Clapton also guested! (Harrison may have been a guest musician on a Clapton record, for that matter – either direction would work, if this is the case.)

With that move played, Townsperson #3 would need to cite a musician who has 1) guested with Harrison, 2) guested with another musician with whom Harrison has also guested (eg, Clapton!), or 3) guested with the most recently-introduced artist in this tangled web, Delaney, Bonnie and Friends.

Got me? I’ll tell you what, to make sure you’ve got me, let’s say those first two moves have been played and the first Townsperson to play is Townsperson #3. You may even play that Clapton card I just gave you as a possible answer at your own risk: the coencentric circles of Clapton-associated musicians may quickly become too much to bear!

We may never get off this topic, or we may throw up our hands and determine it’s time to put a halt to these proceedings in the Halls of Rock. Godspeed, Townspeople!

Surely you know the game Rock, Paper, Scissors. You probably know it better than I do. Scissors cut paper, paper covers rock, rock smashes scissors. Using the following clip from The Last Waltz, I’ll ask you to play a similar game I like to call Licks, Faces, Feel. In this game, feel exposes faces, faces amplify licks, and licks always feel good.*

To keep a fresh perspective, I suggest getting up and walking around for a few minutes between each initial round of analysis.

While analyzing the video with the sound OFF and your eyes fixed on the screen, note the points at which one guitarist outshines the other in terms of his use of rock soloing faces.

While analyzing the video with the sound ON and your eyes fixed on the screen, note the points when one guitarist’s licks clearly outshine those of his opponent.

While analyzing the video with the sound ON and your eyes closed, make note of the points at which one guitarist’s feel is hitting on all cylinders.

Finally, watch the video again with the sound on. Spread your notes in front of you and assess the points at which one guitarist’s move is countered, either simultaneously or in the following solo, by another move. For instance, see if there are points at which one guitarist’s licks are countered by the other man’s faces (advantage faces). Or, perhaps, you will see a segment in which one man’s faces are exposed as cheap ploys by the other man’s feel. Or, of course, one man’s fine sense of feel will be negated by the other man’s impeccable licks. There may be times in the performance when the artists reach a draw.

Keep score and report your scores to the Hall!

*Please note that Clapton and Robertson are controlled for both Look and Gear.

NEW! Mr. Moderator weighs in with his official scoring of the dual. END_OF_DOCUMENT_TOKEN_TO_BE_REPLACED 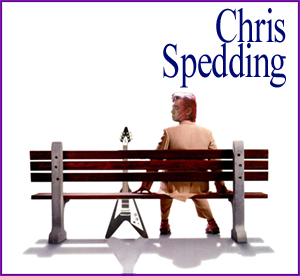 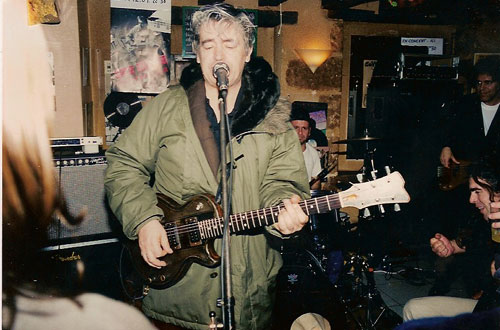 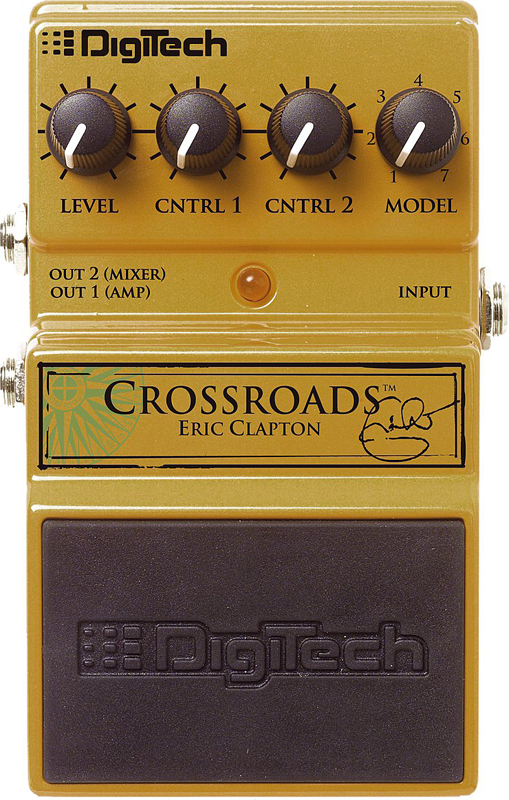 The Sound of Man

After opening my presents on Christmas morning my wife confessed to a gift she nearly bought me. The confession was a closing to an aside she had made a couple of weeks earlier, when she mentioned having consulted with Townsman Andyr on a possible gift for me. For the next couple of weeks I tried to imagine what she might have discussed with him and what his advice would have been. I’d browse lists of box sets and new rock bios, hoping that my friend would not steer her wrong. Little did I know, as my wife confessed that morning, that it was a tongue-in-cheek gift she had in mind: the Eric Clapton autobiography, Clapton. Would you believe my oldest friend in the world suggested that she not play into our typical “slave to humor” dynamic? (It’s cool, though, 35 years of friendship do not evaporate over one such bum suggestion.) Would you believe that later than day another family member, with no knowledge of my wife’s prior consideration, gave me the book as a Christmas gift?

I tore through this autobiography in a week’s time. Not because I’m a big fan of Eric Clapton but because, as I waded through the early chapters, I was fascinated at the sober, straightforward self-portrait of a man that was developing. As boring and unsatisfying as the autobiography could be – much like the man’s music – the story was refreshing in its departure from the typical rock star story of Rise and Fall and Rebirth With the Help of a Strong Woman. Ralph Fiennes can hold off on those guitar lessons. This autobiography may be second to Bob Dylan’s excellent Chronicles, Vol. 1 on the Hollywood Screenwriters Guild’s “Pass” list.