My first exposure to Robert Fripp was via Eno which quickly led to a love affair with King Crimson’s Discipline.

KC in turn led to exposure of Exposure his first proper solo album (his two previous releases were credited to Fripp & Eno).

The UK music mag, WIRE said that Exposure is

the Sergeant Pepper of avant punk.

That is certainly debatable but it would for sure be a part of that debate. (In fact it is. See the Avant Punk nomination thread below.)

SIDEBAR: Then current Fripp girlfriend, Joanna Walton, wrote most of the lyrics. Joanna died in 1993 as a passenger of Pan Am Flight 103.

Exposure is rife with the stuff of rock-nerd legends. There are pages and pages about this all over the web. Daryl Hall, yes that Daryl Hall, was supposed to sing on all of Exposure (and did) but Daryl’s current label, RCA, feared it would interfere with Daryl’s commercial career. (This turns out to be ironic. Stay tuned.) He ended up appearing only on two songs. (You Burn Me Up I’m a Cigarette and North Star.) All the other vocals were redone by Terre Roach or Peter Hammill.

Research turned up a webseries called Live From Daryl’s House which features live performances from, yeah that Daryl Hall’s house. Here is a version he and his “crew” did of North Star from Exposure just this year:

He’s chatting with his buds beforehand about Martha Stewart and stuff. Worth a listen just to catch a glimpse of his Philly accent.

SIDEBAR: Fripp had intended to cover Donna Summer’s I Feel Love with Debby Harry on vocals. But Chrysalis gave him the same shit as RCA. Here’s a live recording of Blondie performing I Feel Love with Fripp on guitar in 1979. 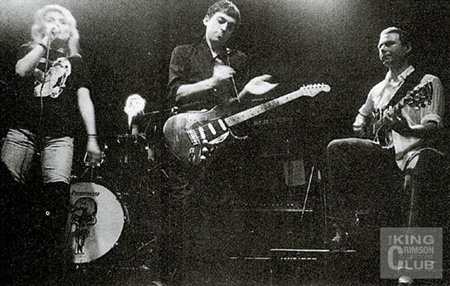 There are three or four versions of Exposure. Version 1 (1979) was the original release sans most of the Hall singing, and supposedly never released on CD. Then in 1985 a “heavier” version remixed by Fripp appeared on CD. And then some third version, often referred to as the “Definitive Edition” that is a combination of version 2 but with Hall restored lyrics came out in 2006.

AND THEN there is some version 4 that is called, what is supposedly the original-original version, “The Last of the Great New York Heartthrobs“.

Exposure was to be part of what Fripp called his “MOR” (Middle Of the Road) trilogy which was to feature an almost simultaneous release of three albums: Exposure, Sacred Songs (Daryl Hall) and Peter Gabriel [2]. The trilogy was to be an examination of what makes “commercial” music and all three albums were to have touchstones of different versions of the same songs.

What I was trying to do in the original trilogy was to investigate the ‘pop song’ as a means of expression. I think it’s an incredibly good way of putting forward ideas. I think it’s a supreme discipline to know that you have three to four minutes to get together all your lost emotions and find words of one syllable or less to put forward all you ideas. It’s a discipline of form that I don’t think is cheap or shoddy…

Kicking this theme off is Eno “I’d like to play you a few things that I think might be commercial” at the top of the preface, called Preface, that starts Exposure.

Fripp produced and contributed to all three albums. But because of RCA’s concern, the release of the trilogy got majorly fucked up and spread out over several years. Especially Sacred Songs which was completed in ’77 but not released until 1980. RCA was petrified what it might do to their Hall & Oates juggernaut. Hence the irony that an American music label’s strategy for commercial success screwed up Fripp’s audio-triptych examining the concept of commercial success.

SIDEBAR: On track 10 of Exposure, Hååden Two, there are some backward lyrics. Oddly I never spun them backwards back in the day. (Likely too “tired” to do so.) I discovered while researching this piece that it is Fripp displaying a rare sense of humor by cutting in a Monty Python line. Here it is forward then backward.

I originally set out to make the definitive documentation of this trilogy but three things prevented me from doing so.

1. The chronology and existing scattered documentation presented quite a daunting task. I’ve given you some pretty good highlights and sidebars but if you want to dig deeper just start Googlin’ and you’ll find plenty.

2. I have some sort of innate respect for Peter Gabriel but upon listening to [2] couldn’t fathom listening to it again.

3. I fell head over heals in love with Daryl Hall’s Sacred Songs.

So instead I decided to give you the highlights above and focus the rest on spreading my enthusiasm for Sacred Songs. 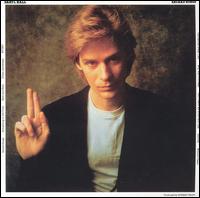 There’s a mess of folks that play on this album but much is played by the same core guys: Phil Collins, Eno, Fripp and Levin.

The album is like one of those wave machines where Hall is at one end, Fripp the other and it slowly tilts back and forth constantly and fluidly changing the ratio. 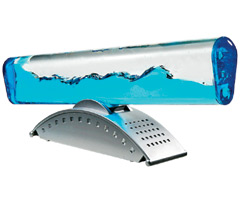 Track 1 starts out innocently enough with, Sacred Songs, a rollicking piano-pub number that is blown dry to a Hall quality sheen with only a few loose wisps of Fripp. Track 2 though is where the wave machine starts to tilt. Your patience will be rewarded with this song.

ALL TRACKS BELOW HAVE BEEN REMOVED AT THE REQUEST OF DECLAN COLGAN MUSIC LTD.

And track 3 ends in a full tilt toward Fripp. At one point the Frippertronics come in and it sounds like when you get overlapping radio stations but on those rare occasions where you go to adjust the dial but think “wait, this is kinda cool.”

Track 4, Urban Landscape, is solid Fripp. Daryl must’ve needed to use the gents for 2:29. This is the first track on the disc that is also on Exposure. This is slightly different.

Then we get to Track 5, NYCNY. This is the second track that speaks to Exposure. On Exposure it is called NY3 and includes ambient recordings of Fripp’s mother ranting on about “my house.” NYCNY features lyrics penned and sung by Hall. I love the way on this version that Fripp’s guitar sounds like, a guitar.

Track 7, Why Was It So Easy, is pretty much all Hall all the time. Fripp must’ve needed to use the gents for 5:27. It does have an odd but nice little guitar break and at times slips into a pleasant Rundgren territory.

Track 8, is a funky Hall tune, Don’t Leave Me Alone With Her, and features some Frippian guitar moments. Again cool as they are obviously him but “untreated” if you will. (Spoiler: This song pulls one of those “I thought they faded out and ended this song…but NOOOOOO….WOOOOOOO!” false endings.)

Track 9, Survive, is a “What if Daryl Hall did a song for the White Album and asked Robert Fripp to add subtle little Frippy thingies” kinda song. You know the kind. It rocks pretty hard come the end with Hall screaming and stuff.

Track 10 is the last original track of the LP. Without Tears is a meloncholly Hall ballad, in the vein of track 6, The Farther Away I Am. If you liked that, you’ll like this one too.

Bonus tracks on the CD release include the two tunes from Exposure that Daryl sang, You Burn Me Up I’m A Cigarette and North Star.

7 Responses to “Under Exposure:
Daryl Hall’s Sacred Songs:
Give Me MOR”