Last night I pulled out an old, 1976 Antilles Records sampler that was stashed in an odds and ends bin in my record collection. I remember buying this album long ago for a dollar or less because it was bookended by a Nick Drake song at the beginning (at that time I had not pulled the trigger on buying anything by him) and a Portsmouth Sinfonia track, a legendary Eno-produced conglomeration of art rockers playing instruments foreign to them, at the end. I liked the Drake tune and would go on to buy a sampler collection culled from his 3 albums that still does the trick for me. The Portsmouth Sinfonia thing was a one-trick pony of an artsy-fartsy joke. I’d been involved in funnier one-off art rocker jokes with my friend and fellow Townsman, General Slocum. 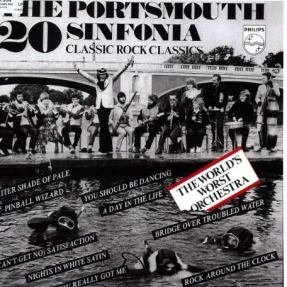 After not spinning this record for at least 10 years, I was determined last night to dig into the sampler’s midsection. This weekend’s Dugout Chatter is structured around a handful of this collection’s guts, so to speak. After listening to each track, please respond to the corresponding question. As always, your gut response is what we value! The songs and questions follow the jump.


Quiet Sun, “R.F.D.”
Here’s a track from a 1975 reunion album by a band Phil Manzanera was in prior to joining Roxy Music. Eno provides his obligatory “treatments” and “Oblique strategies.” The liner notes for this sampler also note that this album was recorded before Roxy Music’s “breakup.” I wasn’t aware that they’d broken up in 1975. So, for your first question: Were you aware that Roxy Music had been considered broken up sometime in 1975?

Tim Hardin, “Never Too Far”
Didn’t Hardin die young, while he was still the picture of rockin’, manly curls? I remember borrowing one of his critically acclaimed solo albums from a friend in college and thinking it sounded like a more subtle, “serious,” less-tuneful version of countless mellow singer-songwriters who were more popular than Hardin in the mid-70s. This song’s got the same strengths and weaknesses, but it’s pretty cool. Peter Frampton is on lead guitar. Here’s your question: What is the role of soaring, harmony lead guitars in the music of Psychic Oblivion?

Grimms, “Take It While You Can”
This band features Neil Innes, Mike McGear, Ollie Halsall, Zoot Money, and other veterans of late-60s comedy-rock, yet comes off as stiff and stilted as much of the music fellow rock-funnyman Harry Shearer features on his syndicated Le Show. Can we get a little chatter going on the following…What’s the most successful “serious” (ie, not schtick based) rock ‘n roll song ever performed by a “comedy rocker”?

Osamu Kitajima, “Benzaiten”
Here’s my favorite discovery on this long-ago filed sampler album! It’s followed in sequence by a track from Eno and Fripp‘s excellent Evening Star album. With Another Green World, Eno had already dipped a toe into this world-funk territory, but [drumroll for your next question, please…] How much do you think this track influenced stuff like Eno and David Byrne‘s My Life in the Bush of Ghosts and David Byrne’s The Catherine Wheel? For an example of the possible influence on the latter, check out this BONUS TRACK for this Weekend Download!

White Noise, “Love Without Sound”
This must have been the money shot for obscuro rock nerds of the mid-70s! As the liner notes read, “the lp utilizes technologically sophisticated effects augmented with natural sounds and eerie yet entrancing vocals.” And all this time we’ve been thinking The Books were something the world had never before heard! My final question for this special edition of Dugout Chatter is as follows: Which Townsperson is most likely to already own this obscure White Noise album?

Take your time. I look foward to your responses. For further thoughts on this album, a Kate wrote it up on her blog. And to think this album resulted in more Google hits than my quest to nail down the link between the Buzzcocks’ “Why Can’t I Touch It?” and Captain Beefheart’s “Kandy Korn”!