Yesterday I spent a great night with a close friend and professional mentor, seeing Patti Smith at the Bowery Ballroom, in NYC. It was a kooky, unbalanced set, but the vibes, man, the vibes were just right! It was a night of rock ‘n roll communion, with occasional nods to The Power and Glory of Rock.

My appreciation of Smith’s music has been spotty since I bought Horses after seeing her perform on Saturday Night Live and hearing a live concert broadcast on a local FM station way back in my high school days. Her version of “Gloria” kicked my ass in that “future of rock ‘n roll” way we used to experience every few weeks in our teens. I’d buy a few other albums by her over the years, but I’d always end up cherrypicking the rockers that are based on “Gloria” and leave behind the American Prayer-inspired jazz poetry workouts. (The song “Southern Cross,” from a ’90s album, Gone Again, is one of the non-“Gloria”-based numbers by her that I love.)

I thought of Smith as one of those naturally powerful artists who get by on only two or three song templates yet lack a band skilled enough to add much variation to the narrow spectrum in which she works, similar to how I feel about The Ramones and U2. (For those of you possibly rushing to judgment, I’m not saying that her music “sounds like” those bands.) I always wished she’d made an album backed by Television, a band that could have better found the nooks and crannies in her songs. Instead, Patti’s band always sounded, to me, like second-hand scraps of guys who flunked the audition for Television or the E Street Band.

Over the years, however, I’d continued to marvel at brief live performances I’d catch on rock ‘n roll award shows. When my friend asked me if I wanted to drive up to New York with him to see this show, I didn’t hesitate to say Yes! I’m glad I didn’t. The show was not exactly what I expected or hoped for, but it hit on enough of my expectations and mixed in enough surprises to leave this rock ‘n roll “Mikey” devoid of a single beef for one night in my life.

Smith strolled out on stage wearing a Patti Smith hoodie and reading glasses. She was carrying a book, which happened to be her newly received copy of her forthcoming autobiography (due January 19, 2010). She said she was dressed like this, in a hoodie she bought from her own concession stand, because it was so cold backstage. (It was freezing in New York last night!) She read a passage on Jim Carroll from the book, and then Lenny Kaye joined her. They strapped on acoustic guitars and played a really nice version of “Southern Cross” in honor of Carroll and other recently deceased friends. Celebrations of the dead and living – and looking forward to a “mystical 2010,” as she put it – were key themes through the night. 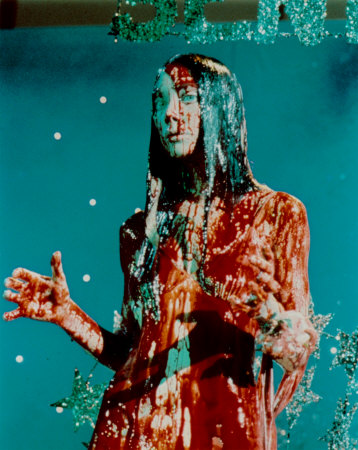 Just as I began to anticipate a show for the ages, Patti said she and her band would be back in a while. A horrible, hilarious, thankfully unnamed opening act took the stage. While a young woman politely tapped out tentative piano arpeggios that probably made her parents regret paying for her piano lessons, a young guy culturing a circa-1971 Neil Young Look played rudimentary xylophone melodies in unison. The drummer did his best to support the dimestore minimalism by beating out counter-rhythms with mallets. I’m too old and too classy, these days, to go into detail about how bad this trio was. As a guest of Earth Mother Smith, I still feel compelled to be respectful and refrain from heaving rotten tomatoes at these kids, but when xylophone dude stepped up to a vocal mic and sang a brief song that was as pointless, clueless, and heartfelt as his display of a long weekend of xylophone studies, I feared that blood would rain down from the rafters.

Patti and her band finally took the stage for good, opening with a killer version of “Ask the Angels.” A full-power assault continued with another old rocker, the name of which I cannot remember. Patti would break up the set with her goofy, cosmic stage banter. Occasional jazz-poetry workouts like “Birdland” were mixed in with some newer songs I didn’t know as well. The band made plenty of mistakes and laughed through them all. Smith frequently forgot lyrics and had to be steered back on track by bandleader, bassist/keyboardist Tony Shanahan. There was so much life onstage that the show carried on during moments when Patti turned the stage over to Lenny (for Jim Carroll) and Tony (“Powerfinger” for Vic Chenutt) to pay tribute to fallen friends. Unexpected covers included “Within and Without You,” “Beat It,” and an encore-closing “Love Train.” In honor of the weather they even worked up a last-minute reading of “Baby It’s Cold Outside.” Like many of the originals performed last night, none of the covers was revelatory or particularly inspiring in and of themselves. It was the act of communion offered by Patti and her bandmates that pulled everything together and created a building sense of joy and comfort. After one particularly sloppy version of a song she’d written for Fred Smith, she laughed about how the band’s goal is to “make you feel like you could come up here and do better.” In the hands of many a flailing musician, such self-deprecating jokes are the thing that make for a band’s post-show self-flagellation session. “We can’t let them know we fucked up, man,” the bassist may say, “the average person has no idea that we missed a note!” Smith had long moved passed such concerns.

I don’t get out that often, but when I do I’m quickly bummed to see that rock fans these days are as out of control with their iPhones and Blackberries as they are during meetings in the the office, when they should be paying attention to the discussion at hand. At one point Patti snapped at the “amateur filmmakers” who were breaking the moment with their obsessive need to document rather than live it. “I’m human,” Patti tried to explain, “just like you.” Right on!