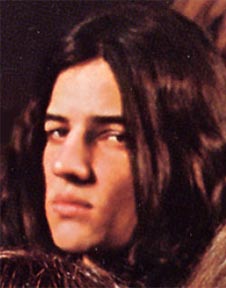 I’m sure you know by now that Stooges drummer Scott Asheton has died at 64. Damn, from the perspective of a guy my age, that’s young!

What can I say about the guy other than his intro to “No Fun” is up there with Charlie Watts’ intro to “Get Off My Cloud”? If that wasn’t enough, Scott played those blazing roundhouse fills at the beginning of “Loose.” Fantastic! What I loved most about Scott (and Ron) Asheton (as well as original Stooges bassist Dave Alexander) was his commitment to each song’s animalistic beat. The guy was never showy, never sloppy, yet never predictable. The Stooges’ rhythm section approach even holds my attention through “Dirt,” the kind of long blooz workout I typically skip on most artist’s records.

Few songs have been more fun for me and my bandmates to cover through the years than “No Fun” and “1969.” Unambitious cover guys that we are, we never bothered learning another. What did it matter? We spent countless nights gathered around the turntable, blasting the first 2 Stooges albums (the real ones, with Ron on guitar), soaking up the raw power those records delivered. Now Iggy is all that’s left: Iggy; occasional sax player Steve Mackay; and human hot licks replacement guitarist James Williamson, who was actually kind of great in his own right, just not a personal inspiration to me, as Ron was. The records will long survive all those guys.

I need to crank up Fun House!

6 Responses to “He Was a Great…Drummer: Scott Asheton Dead at 64”