I’ve been revisiting this 1966 performance by Little Richard the last 2 days. It’s got some great crowd shots, especially starting at 45 seconds in, while the camera focuses steadily and uncomfortably on a young man who looks like he’s tearing up in stunned joy at the proceedings. One minute in, he unleashes with a reaction before the camera cuts back to the stage and what has elicited this response. This is the joy that no digital performance of the future will elicit.

I just learned that a longtime Philadelphia music scene legend, Tom Sheehy, who actually was known around town as “The Colonel” (as in Elvis Presley’s Colonel), has passed. I didn’t know The Colonel well, but he was a fixture at almost any national or local show of note from the start of my club-going days, in the early 1980s, through whenever it was in the last 5 or 10 years, when I first noticed I didn’t see his gaunt face and gray, thinning shag-pompadour in the crowd. His standing as a local scene legend far preceded the time I first got to know him. I’m sure Townsman geo, who goes back further and played in one of Kenn Kweder‘s lineups, which The Colonel managed and/or did publicity for, can fill us in on details.

I was never sure exactly what The Colonel did, how he paid his bills, how he was tied to all local music-related media (ie, clubs, radio stations, record stores), etc, but as I mentioned him being at “almost any…show of note,” he seemed to help define what constituted “of note.” When we’d see him in the crowd at one of my band’s shows, for instance, my bandmates and I would note his presence and get a little jolt of pride at the “scene blessing” we’d been given. Who knew why this felt good? Tom seemed like a nice enough guy, in the few, brief words we exchanged, but why the hell did we care that he was in the crowd? 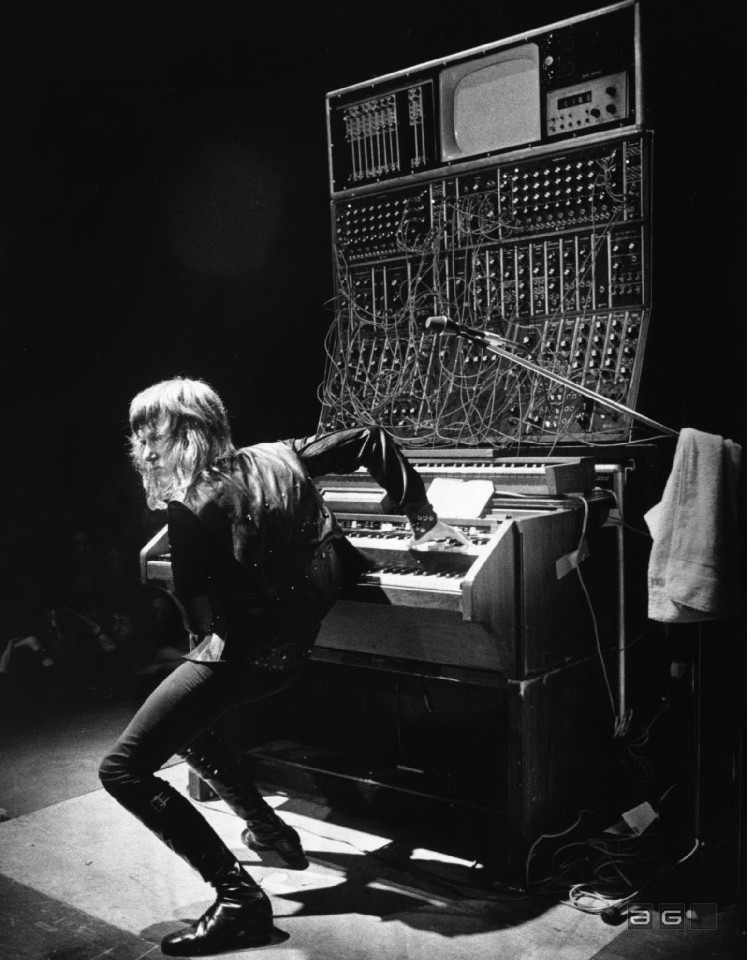 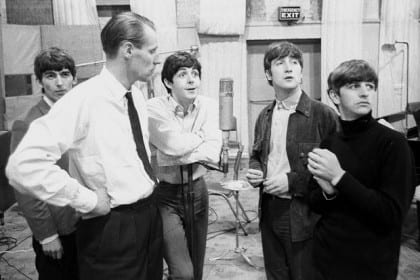 He was a GREAT man.

Thanks, George, for adding the polish and enabling the mind-blowing trimmings on Beatles songs, so much of the stuff that has made me content to spend long stretches of my life holed up in a dark room, listening to records. 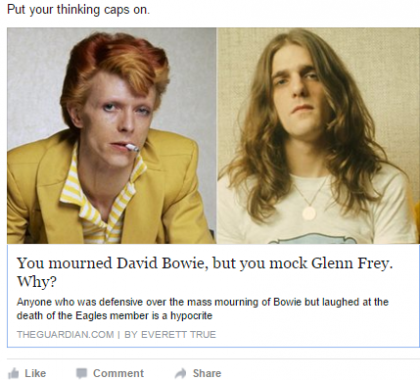 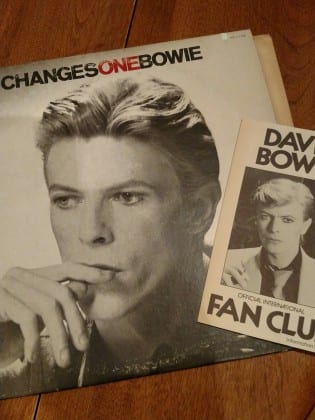 As an American teenager, I first became aware of Cilla Black as a footnote to my all-encompassing Beatles education. When I got to college, long before the age of YouTube, let alone home computing and the Internet, I met a friend who owned the single of whatever song Paul McCartney threw her way. I remember it boring me, and I never heard another lick of Cilla Black until this week, when in London on vacation with my family and news broke that “Cilla,” as she’s known here, had died.

I had no idea she was so beloved in her home country. It was THE story on the news. There was some telemovie on her life that must have been made a few years ago that’s been running nonstop. In the pantheon of chubby-cheeked English singers, I figured she was a 1-hit wonder, nowhere near as beloved as likes of Lulu, Alison Moyet, the strawberry-blond Spice Girl, and all those other British women pop stars who run together in my mind, despite whatever decade in which they briefly burned brightest. Are the British more sentimental than I thought, or was Cilla Black really a relevant star beyond her footnote status in Beatles biographies?