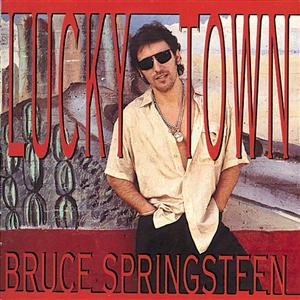 Here’s a weird thought. See if you can stick with me…

While watching the PBS American Masters piece on John Lennon last night I was constantly reminded how deeply I’ve always related to this public figure. I don’t mean to compare myself to Lennon or anything like that, but—this is embarrassing to admit—I feel about him the way Christians are probably meant to feel about Jesus. (And I don’t mean to compare myself to Jesus, for that matter, so cool your jets.) For a public figure I never met he was a true role model and hero in a world that I’ve always found a little short on both counts. In my imagination and heart Lennon represented just about all that humans can be: creative, intelligent, idiotic, outspoken, witty, angry, tender, cruel, plainspoken, puzzling…. He capped off his abbreviated life by growing the hell up and, on his second try, becoming the father his own father couldn’t have been for him. As a teenager trying to manage growing up without a half-decent father myself that was an especially meaningful final act that I continue to hold onto well into my future.

Among modern-day artists it seems that Bruce Springsteen resonates on almost as deeply a personal level with his fans. Is it anything like the feelings I know Lennon fans feel for their hero? It seems to be, and I hope we don’t have to see The Boss come to a tragic end to gauge just how deeply his fans feel about him. Do you relate to Springsteen on anywhere near as deep a level? What does he represent for you?

I can understand much about the love Springsteen’s fans feel toward him based on his energetic, hopeful, passionate music and stage show. I get the Brotherhood of the E Street Band and all the manly bonding that represents. I can understand how Springsteen might represent the aspirations of a generation through his public statements on Big Events in our country. But what is it about the man that resonates so deeply, that seems to place him on an immeasurable role model/hero level that a wildly popular artist like Paul McCartney, for instance, probably doesn’t hold? Do his fans recognize something in his life that rings especially true? From my perspective he seems to play things close to the vest and only projects the image he wants to project. Maybe this is something his fans value, but that perception (fair or not) has been a stumbling block for me.

I’ve never paid that much attention because his music only means so much to me, but I rarely get a “read” on Springsteen. I’m curious to know what he addresses in the imaginations and hearts of his fans. Honestly, I goof on Bruce on a regular basis, but what is the personal level of fandom that would make his fans consider revisiting Lucky Town or whatever Somewhere in New York City–like turd in his back catalog that no amount of backstory can justify?

29 Responses to “How Do Springsteen’s Fans Relate to Him?”