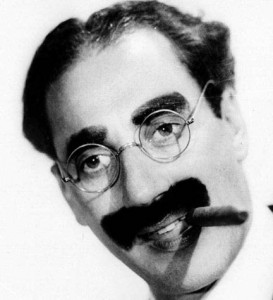 I was updating my Netflix queue last night, looking for a classic comedy that my wife and I might like—and that might get me off the hook temporarily for my usual prediliction for adding really dark, negative, cynical films to our queue. Most recently, for instance, I watched Werner Herzog‘s memoir on his old partner in crime, Klaus Kinski: My Best Fiend. It’s a nice, moving memoir of a difficult friendship, if you’re into that kind of thing. (My wife, by the way, who had no interest in watching this documentary with me, walked into the room at one point, during a clip from the opening of Aguirre: The Wrath of God, my favorite Herzog flick. She didn’t know what I was watching, but the nature shots of the Peruvian mountains immediately caught her eye. “Ooh, what’s this movie?” I told her what it was, reminding her which video I was watching. “It looks beautiful. Would I like it?” Usually I’d take the opportunity to stretch the truth and see if I could finally trick her into watching a non-nature documentary [eg, Grizzly Man and Encounters at the End of the World, which she has liked] by Herzog, one of his fictional films, which she instinctively knows is the kind of movie I love but would turn her stomach. I couldn’t lie. “This movie is so negative,” I told her, “it makes Apocalypse Now [which, like a woman in one of my favorite an Onion pieces, she has still not seen all the way through!] seem like a romantic comedy.” Later she walked in during a scene from Herzog’s Nosferatu and did a 180 as soon as she saw Kinski’s hideous creature.)

Anyhow, while scanning the Netflix suggestions under Classic Comedy a movie title caught my eye. Then I saw Groucho Marx‘s face on the cover. I don’t know, Groucho Marx just gives me a bad vibe. It’s much like the vibe I get every time I’m confronted with Randy Newman‘s face. I know they’re both respected artists in their field. I even appreciate their work a bit once I get by the instinct to do a 180 as soon as I’m confronted with their visage. What respected film and music artist (one of each) just give you a bad vibe?