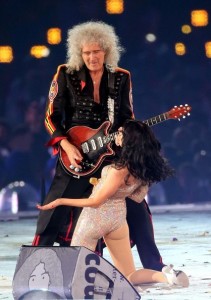 It's a long way from the RTH Sizzler.