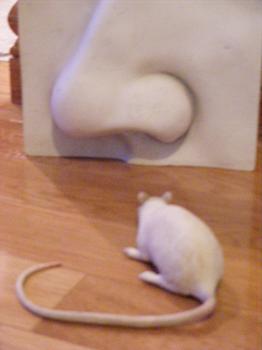 I smell a rat.

How long before a major artist does a FREE release of their new record but includes a paid sponsor to cover their profits? Would AT&T pay $10 million to The Rolling Stones in order for them to offer their new record download for nothing? If so, could they release it only as a digital release, have no promotion, no publicity, no marketing, no videos (save an exclusive interview and streaming concert on the AT&T website), and have the #1 record and far more money then they could ever get from a CD in the current music market? (With the standard business model, they would have to sell 20-30 million to make $10 million, truthfully much more than that.)

Sponsoring concert tours used to be selling out, then doing commercials was selling out. For $2 million in cash you better believe that Zaxby’sPresents Jungleland2’s Greatest Hits will be available from a fast food website near you!

21 Responses to “Lady Gaga and Amazon.com…do the math”