Social distancing has opened my mind and heart to all sorts of things I’d normally not watch on Netflix, like Gwyneth Paltrow’s Goop Lab series. How much more annoying could a ZZ Top documentary, That Little Ol’ Band From Texas, be than a 6-part series featuring Paltrow and her fellow vocal fry lackeys self-obsessing over touchy-feely subjects that first came into being to make us better people spiritually, not worse?

To my surprise and delight, to my edification as an evolved, better person, the ZZ Top documentary was not bad at all. I realized at least 5 things from watching this program:

END_OF_DOCUMENT_TOKEN_TO_BE_REPLACED 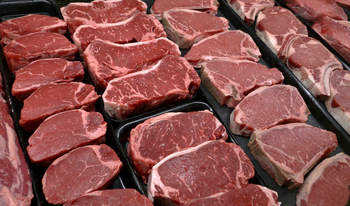 Recently we received the following offlist message in regard to our long-running investigation into the validity of ZZ Top‘s supposed Worldwide Texas Tour. Although not directly confirmed, this third-hand account, verified by our anonymous reporter, may lend some credence to claims of this suspect tour, which no one seems to have captured by a clear photograph or snippet of film.

While hanging out with our daughters at the playground today with my friend Charlie and I started talking about music, as we usually do, in this case large arena shows. I mentioned that I’d never been to rock show in a venue which seated more than 2500 or so people and he said that was the case for him as well, at least in the last thirty or so years. In his youth however, in Des Moines, he used to go to all the big rock shows at Veterans Auditorium, the largest venue in Des Moines. He listed several bands he saw and then, to my surprise, said, “I never saw ZZ Top, but I remember my friend Jay going and telling me that they brought a longhorn steer out on to the stage, and I was pissed because I thought that would have been cool to see.” I did a double take, and then asked him to repeat what he had said, and he confirmed that in the mid-to-late-1970s, a friend of his said he saw ZZ Top perform with a longhorn steer on stage.

Now I’m not sure where the ZZ Top cattle on stage debate was last left, but as a historian, I find this pretty compelling evidence, considering Charlie hasn’t spoken to the person who told him this story in over thirty years.

For what it’s worth,

Breaking news, courtesy of Townsman diskojoe (and his friend), who writes:

A friend of mine sent me the following link to an interview of ZZ Top by Andy Kershaw of the BBC in 1987 & there’s something interesting @ the 4:50-5:00 mark when the drummer, the beardless one named Beard was asked why they didn’t tour outside the US:

Perhaps the first RTH post directly on the subject.

Sure, this week’s Mystery Date was an easy one: that was Stiff Little Fingers, doing the folk song “Love of the Common People,” from their 1982 initial farewell album, Here Now… Many of you guessed this if you stuck around long enough for singer Jake Burns to fall into his typical “Joe Strummer on steroids” delivery. I am only disappointed that Townsman mwall didn’t chime in on this date. For a guy with strong, spartan tastes in music, he’s always surprised me by his top-to-bottom love for the band’s debut, Inflammable Material, an album I’ve always wanted to like more than I ever can beyond the amazing “Suspect Device” and “Alternative Ulster.” I was curious to hear his take on this recording—and maybe even acknowledge that I’d long ago seen beyond the facade of this band and peered into the mediocrity of their proto-Green Day track. “Brother,” I hoped he’d say, “I’ve got to give it to you for calling bullshit on these guys for all those years.”

I remember Townsman andyr or chickenfrank owning this album way back when and me thinking it was a “pretty good change of pace” for the band, the same way I thought The Ramones‘ poppy Pleasant Dreams was a welcome and long-overdue offspeed pitch to their limited repertoire. Over the years I rarely listened to their copy of that album again, but I continued to tell myself they had something extra in their tiny creative satchel. The other day I revisited this album, and boy was it lame. It sounded like they started listening to all the subpar Jam albums from the end of their run and trying to ape Weller’s moves rather than The Clash‘s.

There was no way they could have kept up with aping Clash records after Give ‘Em Enough Rope, so poor-man’s Jam was probably a reasonable career option. However, all the things that always bugged me about most of their first two albums—the blatant political pose, the complete lack of originality and/or humor, and especially the sense that “Shoot, given a manager and a producer my high school band could have made a record as mediocre as Nobody’s Heroes!”—remained. In retrospect, it’s no Pleasant Dreams.

I have another song from this album that I’d like to share with you, but it’s on my work computer at the moment. I’m too tired (and a little bummed, thanks to my Phillies losing tonight) to fire up that computer, and I’m off to a work trip to NYC all day tomorrow followed by an evening up there with Bryan Ferry, so the horn-driven, late-period “soulful” Jam-style number will have to wait. Meanwhile, enjoy the following live performance of another track from that album.