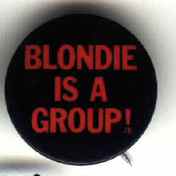 Used on Rock Town Hall as a noun to indicate a musician’s sense of style, as in musician want ads that state “Must have Look!” or the undeniable fact that “Brian Jones had a great Look!” There are some who claim that Look is not all it’s cranked up to be in rock ‘n roll, but would the band Blondie have had to print up buttons to clarify its group status had Debbie Harry looked more like Tina Yothers?

No Responses to ““Look””