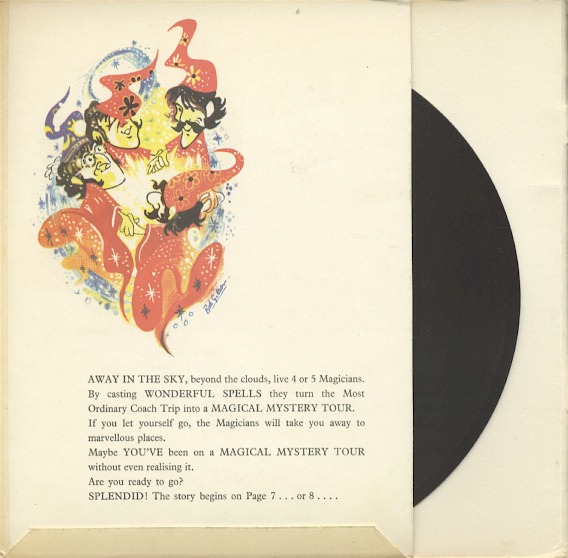 My promise of a slightly mind-expanding take on The Beatles’ oft-derided Magical Mystery Tour album is likely to be met with skepticism on Day 1, as I roll out the title track for review. Listeners who are familiar with the conventional release of this album may notice a little added brightness and definition in the horns and string – and the rhythm guitar is a little more distinct – but this song is still what it is, a poor man’s “Sgt. Pepper’s Lonely Hearts Club Band”. Perhaps you will hear more than even I hear. Hold tight for tomorrow’s first dramatic ear-opening selection!