Yesterday, while flipping stations in my car, I was faced with an extremely challenging Morton’s Fork; that is, I was stuck between a rock and a hard place. All of the stations I had programmed in were on commercial break except for our local Oldies station and our local Classic Rock station. The Oldies station was playing Billy Joel‘s “Still Rock and Roll to Me”; the Classic Rock station was playing Boston‘s “Rock and Roll Band.” I really felt like listening to something on the radio with a beat. That’s right, the local AAA station, which is commercial free, was playing some acoustic thumbsucker with a whiny voice: “N/A.”

Usually, when faced with any Joel vs Boston choice I’d go with the well-crafted but not smug Boston selection, unless it was Joel’s “Uptown Girl” on the radio, the one Joel song I kind of like. I’d never considered that any other Joel song could have a chance when stacked up against any mediocre Boston song until this match up. 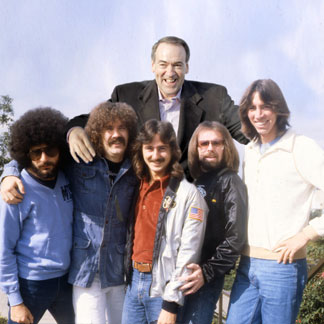 “Rock and Roll Band” makes my flesh crawl. It’s a song that should have been taken behind a shed and shot. The same might be said for anything following Boston’s debut album, a mediocre achievement of the highest order that nevertheless left nowhere lower to go. For the first time in my life I chose to listen to “Still Rock ‘n Roll to Me.”

So that’s my choice. Feel free to comment on the wisdom of my decision or, better yet, throw an equally less-than-mediocre staple of Oldies or Classic Rock radio in the ring against my selection and see what the next Townsperson chooses. Then that person can toss a contestant into the ring against his or her choice. I’m curious to see what song is left on the scrapheap. Maybe, as a punishment, we can then burn the master recording.