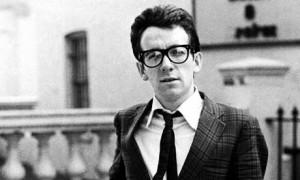 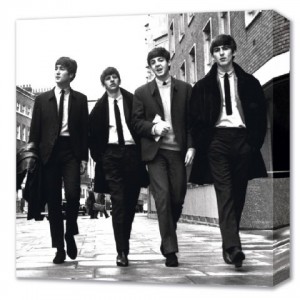 It’s funny, to me, that The Beatles’ skinny tie beginnings carried so much stylistic clout because they were not skinny tie purists. Through the 1960s they would ride the vanguard of rock tie fashion: from skinny to bow to wide ties and eventually the cravat. Not that it really matters to this discussion, but as a boy I modeled my fashion sense along with each new development in the Fab Four’s Look, which explains why I’ve never moved past a deep preference for wide ties let alone developed much of a Look beyond what the band left me following their breakup.

In the mid-1970s, Noddy Holder, lead singer of Slade, exhausted the possibilities of the wide tie, ensuring a backlash from New Wave rockers, including some who probably cut their teeth on Slade’s bubblegum-rock rallying cries. David Bowie, contrary to what would be expected of a visionary, did not lead the skinny-tie revival. That distinction would probably go to eternally dapper Bryan Ferry, who kept it skinny even while going tartan. However, kinder, gentler New Wave, neo-Mod, and Power Pop bands of the late-’70s, like Blondie and The Knack rode this style the hardest and opened the floodgates to a generation of Skinny Tie Poseurs, a group of aspiring Corporate Rockers who figured it was high time to jump on the latest stylistic craze. Most notably, already established superstar Billy Joel used the skinny tie to reassert his Rock ‘n Roll Credibility. By the mid-1980s, faceless musicians in bands such as Pat Benetar and Quarterflash followed suit.

For every credible skinny tie band, such as The Cars, there were suspect skinny tie wearers, who could cite some sincere stylistic and musical identification with this trend in haberdashery. For instance, Robert Palmer, who turned off rock snobs with his massive mid-’80s success, had previously made a credible name for himself as a stylish R&B afficianado keeping pace a step or two behind the aforementioned Ferry. Or consider Huey Lewis, who quickly became an easy hipster joke as the News hit the top of the pops. Almost simultaneously, however, those same hipsters would be confronted with research into his humble Pub Rock roots, topped off by the future News’ My Aim Is True backing band credibility. Heavy stuff to work through in those formative rock-nerd years, but ultimately enriching.

I’ll let Townspeople work through these issues and see if we can’t determine which borderline skinny tie wearers were Real Deal, Stylish Hepcats or Skinny Tie Poseurs, and we’ll see what other skinny tie advocates and bandwagon jumpers are brought to the table. I look forward to your thoughts.