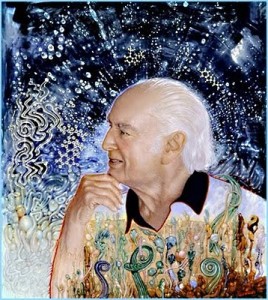 "I'm seeing trails! Can you see the trails?"

Until yesterday, when I belatedly read the news that the Godfather of Acid, Owsley Stanley, was dead I had no idea the guy had a last name, or should I say that Owsley was his first name! I also had no idea he was the man behind the high-tech stage soundsystem of the Grateful Dead. If you ask me it might have helped the band if he wasn’t so handy with electronics and their music came out inaudible. Here’s the New York Times obituary on Owsley. I wonder if all that acid he ate and handled had anything to do with his overall dietary philosophies.

Acid intake had a profound impact on rock ‘n roll, in many cases for the good of the genre. However, the drug—or at least music recorded to sound as if it had been recorded under the influence of the drug—led to some regrettable moments. What “acid” albums would you like to see packed off with Owsley’s corporeal remains…once and for all?

40 Responses to “Owsley Dead: Can He Take Rock’s Most-Regrettable “Acid” Albums With Him?”