On Facebook this morning I completed one of those 10 Most Influential Albums challenges. If you’re not on Facebook and/or not one of my Facebook friends, I won’t bore you with my 10 selections and brief comments on each. If you’re here in the Halls of Rock, you already know me too well. We go deeper than Top 10 lists, don’t we?

However, my 10th selection this morning was The Beatles‘ Let It Be. Just now a friend informed me that today is the 50th anniversary of that album’s release. I had no idea. That coincidence blew my mind. Happy 50th to one of my top 10 influential albums! If you are curious as to why this is the only Beatles album I selected, well, I didn’t want to cram up my list, but there’s more…after the jump! 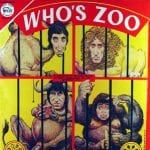 Recent mentions of magical finds of Bob Dylan and Beatles outtakes via vinyl’s bootleg golden age and legitimate releases of previously unreleased outtakes that became a staple in the all-but-dead CD age got me wondering what your Top 3 cutting-room floor classics might be.

As a kid, I never had enough money to justify the low ROI from buying bootlegs, so I got out of that game early. My close personal friend Townsman Andyr sunk more money into Beatles bootlegs than I was willing to sink, and whenever I’d check them out, I was amazed at how little worthwhile material they left on the cutting-room floor. Those cats were efficient!

I got to thinking about The Beatles’ “Tell Me Why” this morning. What a joyous, swinging, grin-inducing song! A song about being in an utterly miserable state! You just can’t help but rock along to it in the car, at your desk, by the washer/dryer, despite the psychic devastation! I’m sure there are many other songs like this out there, but can one knock Tell Me Why off of its pedestal?