We all know what we mean when we refer to a “Chuck Berry lick” or the “Bo Diddley beat.” These musicians made popular distinctive musical styles that taught the world a useful approach to arranging a rock ‘n roll song. It’s only just that  the musical devices they made popular should be known by their name. Are there other examples of musical devices being known by a particular musician’s name?

Jerry Garcia and Keith Richards do some distinctive things that could probably lend themselves to a device named after them, but I’m not sure that’s happened yet. My bandmates and I have our own terms along these lines that have not caught on, such as The Foxton, as we call it, when suggesting we add the standard harmony that Jam bassist Bruce Foxton enthusiastically sang at the drop of a hat in every Jam song.

Is Micky Waller the drummer on Rod Stewart’s best songs: “Every Picture Tells a Story,” “Maggie May,” “You Wear It Well”…? Stewart’s best songs from that period (and not his Faces ones – Kenny Jones didn’t do this) have an extremely deliberate, plodding, non-drummer feel, like he set me down behind the drums and simply said, “Keep the beat and don’t fuck it up!” To me, that beat should be named after the drummer who pounded it out.

That’s what I’m talking about.

So on one of the classic rock stations the other day they were playing a three-some from the Allman Bros. I like them in a respectable sort of way. But the first song they played was the instrumental “Jessica,” which is a cool song, a definite showcase for the players — and probably the one instrumental song I don’t mind and was happy to listen to all the way through.

Typically I view instrumentals as just filler that bands throw in because they’re just too lazy to write lyrics, or it’s a song the bassist brought in that no one else wants to touch. They’re mostly just “jams” that go nowhere. Which is why I do like “Jessica” — it moves but feels structured like a real song, with different solos coming in at just the right time to keep me from getting bored.

I know the Stones and certainly Zeppelin are really guilty of this but they do these instrumentals in the name of “da blooz” right?

Any instrumentals (from non-jam bands mind you) that can top “Jessica”? I’m all ears.

I’ve spent a lot of time lurking, learning, trying to get a feel of how it works around here. First, allow me to applaud the lot of you. How do y’all come up with this “stuff?” I was reading Mr. Moderator’s post from last week about Lou Reed‘s “Satellite of Love” and how the structure “draws me in,” sumthin’ er rather. It’s fine post indeed, with all the usual expected metaphors and topical references, and the humor of course.

Look, I don’t care for Lou Reed… OK? I mean, don’t really know much about the guy either, admittedly. “And the colored girls sing…,” Velvet Underground, that’s it. I don’t much like his music or how he looks or the way he doesn’t really sing sing. I’m not interested in past or his future, his place in history or who he influences, and so on. I’m not mad him either, but it all just seems a little half-assed to me. I don’t think I’ve ever even met a Lou Reed fan.

But whatever… I was going to read the thread anyway, I knew that much, but probably wasn’t going to comment and almost assuredly, wasn’t going to watch any of the posted videos until… Mr. Mod said, “I am always turned on, however, when the band kicks into the Power Rock ending and Lou starts hopping about and making his First-Big-Boy-Goes-Poopy-on-the-Potty faces.” Poopy faces!? I can watch anything for poopy faces. So I did. I clicked on the live footage of “Satellite of Love.” Big Mistake. I should’ve known better.

I’d like to officially add, “I don’t like the way Lou Reed strums his guitar” to my list. And I don’t appreciate for how he holds a pick either. It’s just uncalled for. Can you act like you’ve done this before Lou? It’s unacceptable for someone of his apparent stature and fame to stare at his instrument like that, all rigid in the elbow, making sure he’s fingering chords just right. Sure didn’t sound like it. “1 and 2 and 3 and 4 and,” good Lou. I don’t know how much of a rock star he’s supposed to be, but… well, is the out-of-tune guitar thing part his show too? Vincent Price!

So I missed out on the poopy faces. 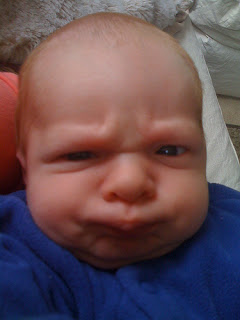 I received the following message from a close personal friend and Townsperson who just joined a Dead cover band. He asked me to pass along his note in hopes of getting advice from the Hall on how to best handle this new challenge

I just joined a Dead cover band to help out a friend from our synagogue  They do Dead, Stones, The Band, “Into the Mystic,” “Breathe” by Floyd, and some other classic rock. What was I thinking? Now what do I do? Can any drummers in the Hall give advice on how to play Dead-style drums? I’ve been listening to the band’s set recordings and it’s all bad habits and bad fills.

This got me thinking: Is there a solo George song that features a cool bass part? Surely there’s an obvious answer I’m missing or not hearing beneath Phil Spector’s crumbling Wall of Sound. Was George a bassphobe? Was he one of those guys, a guitar chauvinist pig, who thought the bass should stay in its place? I’m not blaming the bassists he used. Klaus Voorman, for instance, whose wife wouldn’t let him do an interview with us when we tracked him down a few years ago, did some spirited, memorable, if rudimentary work on John Lennon records. 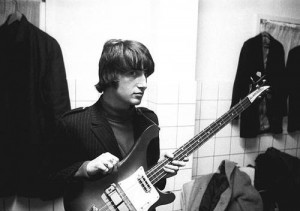 A friend of mine posted this on his FB page (his band was included!):

I found this to be a highly entertaining trip through the last 40 years. I had a little difficulty with numbers 89-92 or so, but was happy to wear my RTH Badge of Rock Knowledge and was able to recognize and name most of the riffs included.

But I’m a guitar neophyte (still at a very avid Beginner level on Guitar Hero) and can’t really comment on 1. the dude’s skill and 2. whether he played the licks in the keys they were originally written.

What do you think of this of medley of 100 guitar licks? Is it sufficiently inclusive? Are their any that really don’t belong or any songs that unfairly missed the cut?