The current RTH poll, which I’ve included here for posterity, raises a point that Townsman Oats is “very curious” about.

Very curious about today’s poll. I’ve been thinking about how members of bands like Superchunk and Quasi are in their mid-40s now, and they still play their music with conviction and in some cases have only gotten better as musicians without losing much of the fire. When The Who were around that age, they were subjecting us to the 1989 tour. Sometimes, it’s not the “indie” bands that need slack-cutting.

I meant to follow up on that poll question sooner. It came to mind over the dinner table last week.

“Dad,” said my 16-year-old son as I took my seat, “do you think indie game developers should be cut some slack?”

Not being a video gamer, this needed a little explanation. My son is a longtime gamer and tech-head. He writes video game reviews for blogs and has a sponsored YouTube channel. He really knows his stuff, he writes well, and he makes more money with his extracurricular pursuits and has a wider audience than his father does. I’m proud of him.

“There are independent video game companies that I review alongside the major companies, like EA,” he explained. “No one has a problem if I criticize a big game, but whenever I post a negative review of an indie game, I get all kinds of comments, like ‘Aw, come on, man, you shouldn’t criticize the indies!’ What do you think, Dad? Do you run across this with indie rock?”

Before I get into my answer, let me say that for anyone who’s ever wondered if it’s worth all the trouble that goes into raising kids, moments like these answer a resounding YES! I had to look away for a second and pretend to yawn and rub my eyes to clear out a tear that was building. As much as my work here is geared to influence future generations of music lovers, these achievements are a hill of beans compared with the influence I occasionally hold over my own children.

“I know what you mean,” I told my son. “This comes up a lot among my music friends. I make allowances for things that can be influenced by a budget, such as production quality, but ultimately the music has to deliver. If the songs and the performances are subpar and show a lack of creativity, if there’s no spark, it doesn’t matter if the record was made independently or not.”

“That’s how I look at it, Dad. I don’t care if the graphics aren’t top flight if the game’s design and story are creative.” 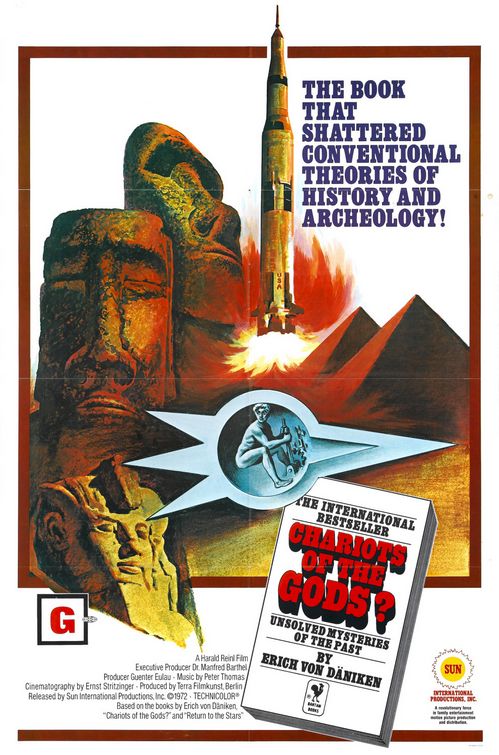 In which we ask mind-blowing questions, such as Did indie rockers visit planet Earth as far back as the early 1970s?

Remember the book (and cheapo movie) Chariots of the Gods? Most of what little I know about religion comes through The Ten Commandments (the movie), The Last Temptation of Christ (ditto), and the paperback edition of Chariot of the Gods, the last of which blew my mind when I read it as a kid. The book speculated that stories from the Bible and other early texts were actually ancient civilizations’ attempts to explain visitations by…aliens! The thought of this happening (and you know it did) still boggles the mind.

Yesterday I stumbled across a photograph that blew my mind in a similar fashion. I forget how I even stumbled across it, but…well, why don’t I let you see it for yourself, with no further preamble:

END_OF_DOCUMENT_TOKEN_TO_BE_REPLACED

It’s (almost) summer in the city; perfect weather for listening to Versus, a band I’ve been wanting to write about on RTH for a while now.

In one light, Versus were among the more prominent also-rans of ’90s indie-rock. As this article points out, they were maybe not as distinctive, unique and rock-crit-friendly as Pavement, Superchunk, Guided by Voices, and others. But they were reliable and breezy. They had a great handle on guitar parts that moved seamlessly between grinding and jangly. Their songs were often briskly rhythmic and effortlessly melodic—sometimes even heart-rending—without ever devolving into fussy, overarranged prock.

The band has always been led by its two singers, guitarist Richard Baluyut (right, above) and bassist Fontaine Toups (center). For most of the band’s existence, Richard’s brother Ed (left) has played drums. Arguably, the band’s best albums are the ones that featured another Baluyut brother, James (not pictured) on second guitar.

Maybe what I like most about Versus is the way they come across as cool and urbane and yet folks-next-door. This was the great thing about indie-rock, before it became all about beards, NPR, and acoustic guitars. Discovering and re-discovering Versus is like discovering and re-discovering the city all over again. Not a particular city, necessarily; just the idea of The City as a place where you can meet like-minded individuals, have your horizons subtly expanded and so forth. This music makes me want to go to coffeeshops and used bookstores and get a job in the doomed field of alternative-weekly journalism all over again. 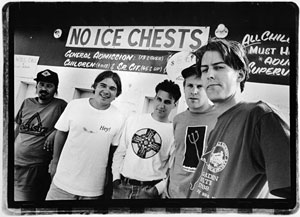 Spending the nineties in a working indie band, my bandmates and I developed a shorthand for identifying other groups that we played with. After 1995 or so, there wasn’t a whole lot of variation. “Pavement or Stereolab?” we would ask, trying to discover who had inspired the act in question. Eighty percent of the time, the answer was “Pavement.”

As my educational brethren are currently wont to say, this quote provides a perfect opportunity for “think pair share.” Please reflect and discuss the accuracy of Mr. Frere-Jones’ comment. If you believe that his paradigm is a load of bollocks, please provide examples of other mid-to-late ’90s bands that would provide a template (divisive or not) that may be missing from his perspective.  Note to self and readers, these are two of my favorite bands…but seriously!