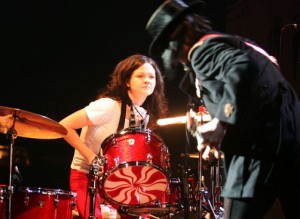 I regret that the term Enablers has a negative connotation, but the unconditional love and support these drummers provide works both way, having the ability to both unlock the highest of highs and the most self-indulgent of self-indulgences among their bandmates. Whereas the Class Clowns have a direct line to the audience, the Enabler is wholly focused on his or her bandmates, or bandmate in the case of White Stripes drummer Meg White, who projected a strong sense of empathy and support that screamed, “I believe in you, Jack!” Enablers come in different forms, including The Uncle, Charlie Watts, and The Cajoler, best represented by the late Levon Helm. These drummers are spark plugs, always looking for an opportunity to fire up a bandmate, cheering on a cool fill or directing one distracted band member’s attention back to the action. The aforementioned White brought a sexual aspect of enabling to her performances with former bandmate Jack White. She was what I call a Moaner, tilting her head back and to the side, her eyes closed in ecstasy. And please, no charges of sexism; there are other Moaners behind the skins of both genders and a range of sexual orientations. This is about the drumming style. Meg is the best example of this approach. 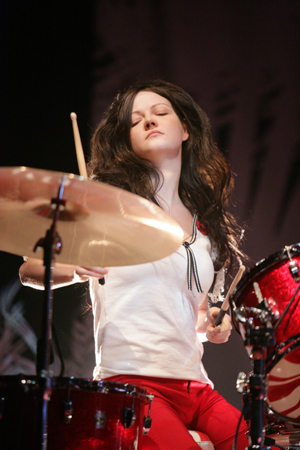