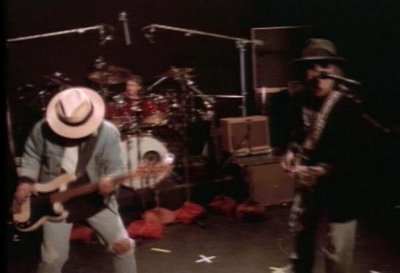 I’ve been sitting on this Rock Town Hall Glossary entry for some time. As the following video clip that alexmagic posted in a recent thread as evidence of Crazy Horse‘s complete lack of “schau” (Lach Schau?) demonstrates, maybe the definition is right in front of our eyes.

The Thick-Thighed Rock Squat, or Snuffaluffagus, as practiced by Neil Young and his mates in Crazy Horse; Shane Fontayne, that Lone Justice/post-E Street Band Springsteen guitarist; and countless middle-aged, weekend warrior bar band guitarists feeling a bit uncomfortable about the act of performing in front of people while sporting a youth-defying gut and ill-fitting jeans, is an awkward, self-conscious form of “hunkering down” during solos and other key instrumental sections.

In contrast to more self-absorbed rock guitarists’ glamorous windmills, leaps, scissor kicks, thrusts, and general crucifixations, the humble guitarist expresses thanks and praise to The Power & Glory of Rock ‘n Roll through the Rock Squat. In terms of Major League Baseball’s World Series final pitch celebrations it’s the difference between Tug McGraw‘s Reach for the Heavens Leap after through the final strike in the 1980 World Series and Brad Lidge‘s I Am Humbled by the Magnitude of This Occasion Drop to the Knees in 2008. 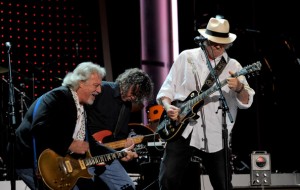 The Rock Squat’s most endearing, emotionally charged, and manly formation is the Full-Band Rock Squat, which you can see Neil and hit mates entering on the cover of Year of the Horse. There’s nothing like seeing the Horse lumber around like mastadons! You can see how, in rock stage presence developmental history, the Full-Band Squat is a stone’s throw to Rock ‘n Roll Iwo Jima. 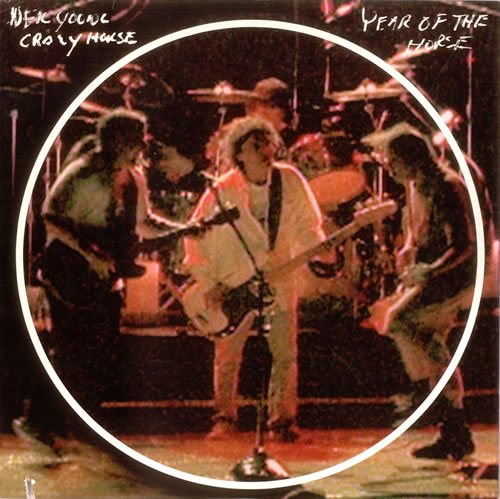 15 Responses to “The Thick-Thighed Rock Squat (aka The Snuffaluffagus)”